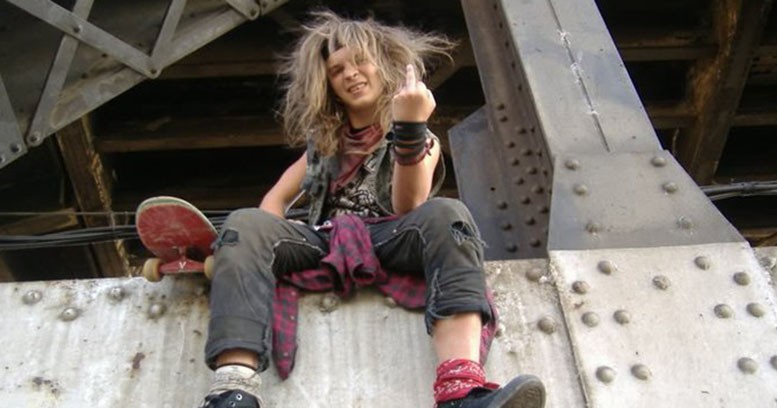 One year later, detectives in Roseville, California issued arrest warrants for three fellow train hoppers, who had beaten Alpert to death and dumped his body in the nearby Dry Creek, where it was discovered by a fisherman. Two of the suspects were found and arrested in Nebraska, while another was apprehended in New Mexico.

By all accounts, Alpert had set out looking for an adventure.

Train hopping, which became a common means of travel during the westward expansion of post-Civil War America, is now a culture of it’s own, ruled by the allure of freedom and the transient lifestyle folk icon Woody Guthrie romanticized during the depression era.

“I feel like there’s not a worry in the world out there,” said 28-year-old train hopper “Drift” Morales.

Morales is relatively new to the world of train hopping. Before, he says, he was a “road tramp,” hitchhiking all over the western U.S.

He had been stationary for a while, holding down a job for a few months, but couldn’t ignore the call to pack it all up and set out once again. This time, though, he chose to get around by riding the rails, something he had wanted to try since he was a child.

Morales arrived about a month ago in Roseville from Ogden, Utah.

He said he’ll leave again “whenever I feel like getting up and going.”

Some of the dangers of train hopping are readily apparent. Others are not so obvious.

“I’ve heard of people dying all the time on the tracks,” said Morales. “They’ll be drunk, fall off, get run over or something. Or another hobo can — if you piss another hobo off — they can get the urge to whack somebody.”

According to Morales, train hoppers are governed by a set of rules that can prove deadly if broken.

Veteran train hopper Tyler Gottlob has seen much of the same danger in the decade he’s been immersed in the culture.

He noted that the type of people drawn to the train hopping lifestyle are often dangerously unstable.

“A lot of people that are living that kind of lifestyle, they have issues. They’re running away from something, or they’re f—— crazy. Or who knows what. Because trains are one of the last ways to get really in the middle of f—— nowhere, so there’s just bad shit that happens. I’ve seen people get stabbed. I’ve seen a guy get beat to death with a baseball bat,” Gottlob said.

Much of the violence within the culture is associated with the Freight Train Riders of America gang, or the FTRA offshoot that Gottlob was once associated with, Blood Bound Railroad.

(Video: Gottlob and a friend aboard a moving freight train.)

The FTRA gang, which saw it’s peak during the 1980s and 90s, is particularly active in the northwest, and has been linked to many violent crimes in the region. According to Gottlob, while they were dormant for a while, they are currently beginning to experience a resurgence.

Gottlob said that members and other train hoppers identify each other by the color of “rag,” or a bandana worn around the neck. Black bandanas indicate FTRA, while red indicates Blood Bound Railroad.

“When I would roll into other jungles and junctions … people would see our red rags or our black rags or both and ask about it. They would get really sour at it. (FTRA) has a nasty reputation,” Gottlob said. “That was something I kind of was into, just because I wanted to be a badass … But eventually, I realized it was f—– up. S— was happening that I just did not want on my name.”

While the violent nature of the train hopping culture is the dominant risk, part of the danger lies simply in getting caught hopping trains, which is highly illegal, particularly post-9/11, as paranoia of transit-based attacks reached it’s peak.

Gottlob notes that while security has tightened, most rail yard employees can tell on sight whether or not someone is a danger.

“A lot of times, they’ll turn a blind eye to it …  I’ve had them let me ride in the unit when it’s freezing outside,” said Gottlob. 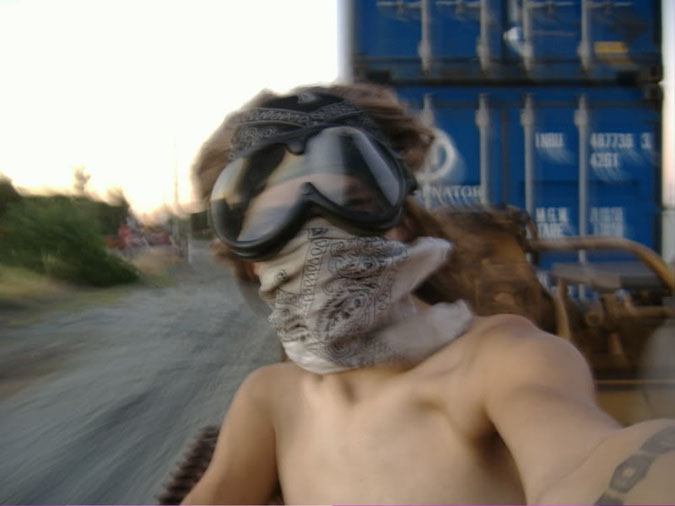 Gottlob takes a selfie while aboard a freight train he hopped. Gottlob has been immersed in the culture of train hopping for over a decade. (Photo courtesy of Tyler Gottlob)

He adds that in some areas, like Texas, where he moved six months ago to kick his heroin addiction, rail yards take more precautions due to their proximity to the Mexican border.

Gottlob has been heavily involved in the train hopping culture since he was a teenager in Sacramento.

He said that dealing with the repercussions of his parents divorce led him to the seek “freedom” that train hopping provided.

“I wanted to do what I wanted, go where I wanted, when I wanted. And it was dangerous and illegal, and that also attracted me to it too.”

Gottlob often found himself riding trains without knowing where he was headed.

“At first, I didn’t even care. I was just like, ‘Anywhere is better than here.’”

2 Comments on "Rail riders: Inside the invisible culture of train hopping"