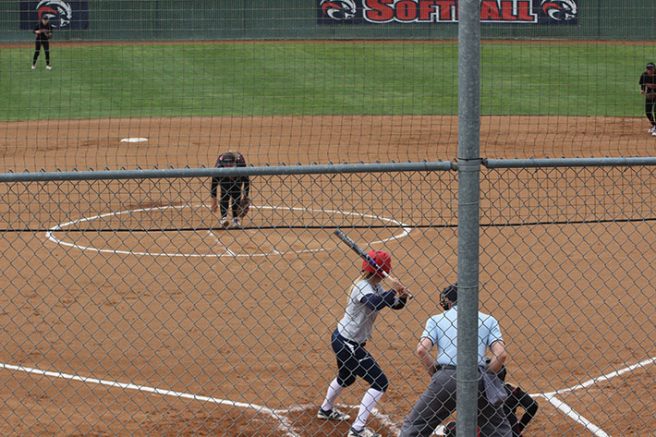 The American River College’s women’s softball team struggled against Sierra College, losing with a final score of 10-2 on March 2.

With several injured players compelling the team to rotate positions, the ARC Beavers were not able to catch up after their first score, lagging behind Sierra College for the entire five inning game.

Sierra College dominated the game with nine runners batted in (RBI), 10 runs, 10 hits and two strikeouts with the Beavers trailing behind with two runs, one home run, six hits and two RBI’s.

SC Freshman Pitcher and Infielder Sigrid Holtrop hit a sac play, a strategy by during the the ball is bunted by the hitter for the purpose of helping a runner advance.

Sierra College Sophomore Infielder and pitcher Kaona Hunter hit a double, with three times at bat and one RBI.

Cryderman has been playing softball since she was eight years old .and said she hopes to use her athletic skills to receive a softball scholarship to help further her education.

“I love the game, we have a great team, great coaches. The highlight of the game for me was the home run,” Cryderman said.

The other top performer for the Beavers was Sophomore Pitcher Haley Dosher who scored with a double.

“We have a lot of injured players out and I think that that affected us,” said coach Lisa Delgado.

Keeping their eye on the ball is the focus for coach Delgado, who stated that the outcome of Tuesday’s game does not reflect the true talent of the players.

“We’ve got great players, we tell these girls to try and improve their game by one percent every day, but they give one hundred percent every game, every time,” Delgado said.

Empowering victims to empower themselves