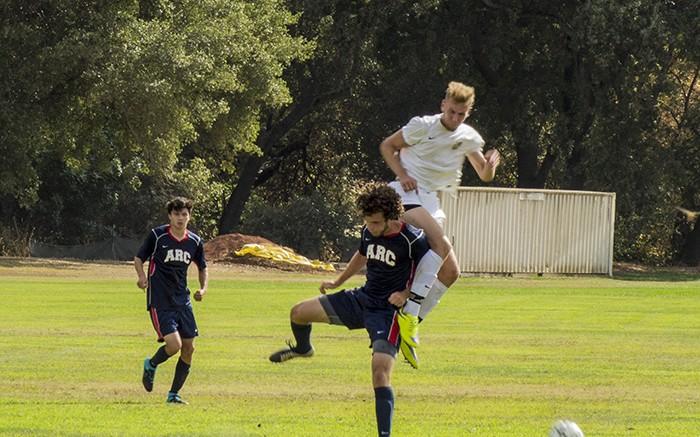 American River College’s men’s soccer team is still looking for its first win of the 2015 season against 3-1-1 Napa Valley College, a team that is coming off a 1-1 tie against Ohlone College.

“From what I heard they have been doing pretty good,” said freshman center back Roberto Rodriguez.

ARC is still trying to score more than one point in any of its games. ARC’s offense has been stagnant to start the season, with just 0.7 goals per game and four shots on goal all season.

By contrast, Napa is fourth in the state with 1.50 shot percentage.

“We need to score, that’s about it,” said freshman center Eddie Cervantes.

ARC players said they feel like there is a sense of urgency in this particular matchup, and Rodriguez said this game is a must win.

Players agreed that execution and finishing are areas the team needs to work on.

“We definitely need to work on finishing because throughout the season we haven’t scored too many goals,” said Rodriguez.

“We need to work on finishing and communication. Technically we got it all passing, shooting, everything,” said Vega.

One area the team is excelling is in time of possession, according to Rodriguez.

“We’re dominating most of the games (in that area) but we’re just missing that one last touch for the goal,” he said.