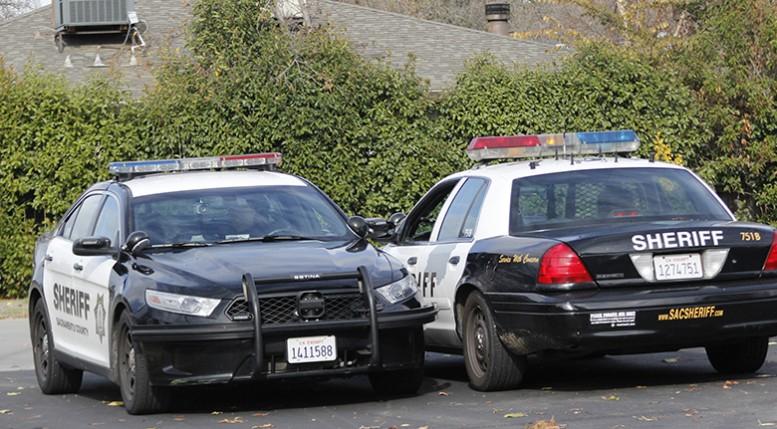 Two Sheriff's Department cars sit outside of the Sacramento Metro Fire District Station near College Oak Drive and Saddlerock Way. Police are searching for a man who they allege to have hit a California Highway Patrol car using a stolen vehicle. (Photo by Jordan Schauberger)

According to an email sent out by the ARC communications office, the situation is solely off-campus and the Los Rios Police Department is closely monitoring the situation.

“It’s standard protocol for campus police to monitor and be aware of any police activity near ARC,” said ARC public information officer Scott Crow. “We (the administration) have very little information at this time and, if anything changes, we’ll make an announcement.”

Police say that the man was driving a stolen vehicle.

Police fired a shot at the man, but it was unknown if he was hurt, according to KCRA-TV.

Tony Turnbull, public information officer for the Sacramento County Sheriff’s Department, did not return a phone call for comment as of press time.