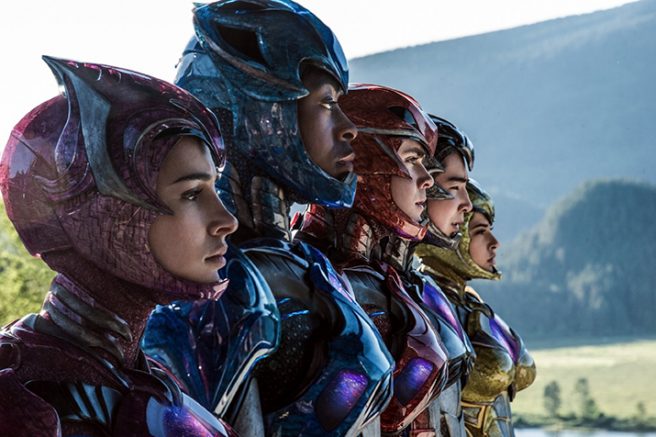 The new Power Rangers movie out in theaters. (Photo courtesy of Lionsgate)

While purchasing a ticket to the latest Power Rangers reboot, directed by Dean Israelite, my expectations were anything but high.

Surprisingly, I thoroughly enjoyed the film. The character building and development that took place amongst the randomly selected teen super heroes really hit home when it came to them taking a stand on social issues together.

Many themes stood out during the film’s two hour and four minute presentation, including not fitting in, self-forgiveness, making the right choice, taking ownership, showing empathy and teamwork.

Although the film was predictable, the way that the teens deal with their newfound power and bind together despite the fact that they were all complete strangers was not.

Israelite gave great background and depth to the characters by providing a back story for each one and having them eventually share their stories in front of one another before forging their superhero bond.

Although the film has received relatively negative reviews from multiple sources, including Rotten Tomatoes and RogerEbert.com saying that the film was “loud, trashy and weird”.

I highly recommend it if there is time to kill and money to be spent.

If you really want to make the most of your dollar wait until $5 Tuesday and visit Palladio 16 Cinemas located in Folsom California.
With the new state of the art speaker system, reclining chairs and $7 beers, it’s hard for one to not enjoy their movie going experience.

Be the first to comment on "Power Rangers morph into theaters"