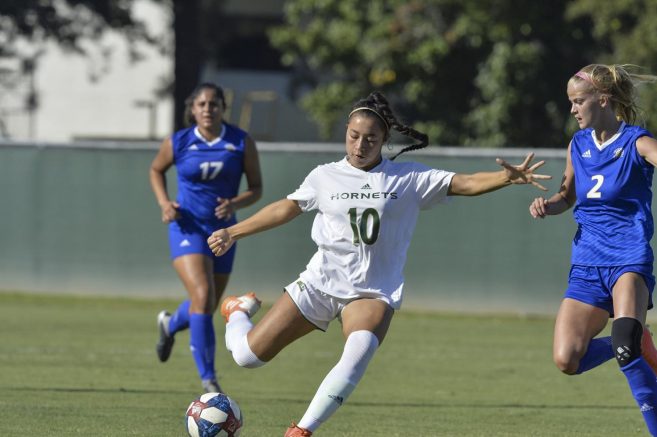 Effective Jan. 1, 2023, California will become the first state to give college athletes the ability to be paid through endorsement deals, according to the recent bill signed by Newsom. The National Collegiate Athletic Association (NCAA) strongly opposes the bill, stating that this change needs to happen at a national level, and not just in California.

College athletes bring in a fair amount of money to their schools, but this bill won’t benefit them of this money. Instead, it will allow and protect said players in profiting from the use of their names, images and likenesses along with potential sponsorships and endorsements.

The bill better known as the “Fair Pay to Play Act,” makes it illegal for organizations and colleges in California to deny these opportunities.

According to a statement from the NCAA, the organization does not fully side with Newsom’s decision.

“As more states consider their own specific legislation related to this topic,” the NCAA said in a statement following Newsom’s signing. “It is clear that a patchwork of different laws from different states will make unattainable the goal of providing a fair and level playing field for 1,100 campuses and nearly half a million student-athletes nationwide.”

Newsom has been vocal with his stance on the new law, given his experience with the subject: he used to play baseball for Santa Clara University.

“The gig’s up. Fourteen-plus billion dollars goes to these universities, billion plus revenue to the [NCAA] themselves and the actual product, the folks that are putting their lives on the line, putting everything on the line, are getting nothing,” Newsom said in a clip from LeBron James’ HBO show “The Shop: Uninterrupted.”

Although this act doesn’t benefit community college athletes, those who are transferring to a university to continue playing a sport, will be looking at a change in history.

“I think it’s a really good idea. Most [D-1 athletes] lives are just their sport, and their schooling is kind of a second after-thought,” said American River College softball player Jennifer Bartholdi. “They’re committing everything, giving their all to the sport and getting nothing back for it, really.”

In disagreement with NCAA, Newsom says that signing this bill will initiate change among other states.

“It’s going to initiate dozens of other states to introduce similar legislation,” Newsom said in “The Shop” interview. “It’s going to change college sports for the better by having now the interest finally of the athletes on par with the interest of the institutions.”