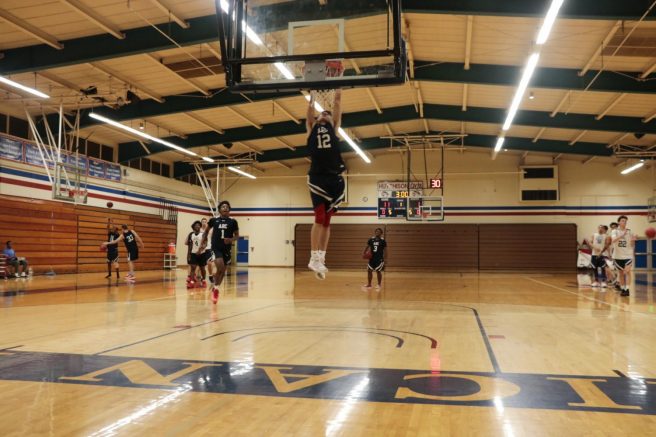 Sophomore L.J. Smith dunks at practice during warmups as the Beavers prepare for the new season at American River College on Oct. 30, 2018. (Photo By Felix Oliveros)

Last season didn’t end on the highest of notes for the American River College men’s basketball team. Injuries plagued the Beavers as they saw their number of active players dwindle down to just six by the end of their 5-19-1 season.

Nevertheless, last season remains in 2017, and this winter brings with it new life for the team.

The season has not officially started yet, but according to freshman point guard Kareem Clark, the hard work began far before the beginning of the season was even in sight. Since the beginning of the summer, the Beavers were using the off-season as an opportunity to work hard, improve on last season’s weaknesses, and create some chemistry. But with all this time, some players are itching to get back into action.

Clark, is one of those players. He says he’s ready to dive into his first season with the Beavers after graduating from Capital Christian High School.

“The off-season has been pretty good, we’re confident in our guys right now, we been grinding since the summer started, so we’re just ready to get things going,” Clark says.

For Clark, this season serves as new territory after coming fresh out of high school. Transitional challenges might arise, but Clark is well aware of what he’s in for. First year expectations aside, he says he still has big goals and plans to capitalize on the opportunity in front of him.

“Compared to high school, there’s not that much differences that I can tell, it’s just a little bit more physical,” Clark says. “I personally want to be one of the top players in the state, lead my team on the defensive end and also a big contributor on offense.”

Clark will be adding his strengths to a team that head coach Mark Giorgi says he wants to see get back to taking on a defensive identity.

“I’ve been here 21 years, we’ve had 18, 19 [teams] in the top ten in the state defensively, and the last couple years just hasn’t been that way,” Giorgi says. “So we’re hoping to get that identity back.” 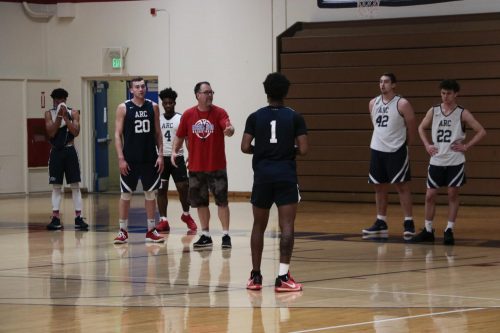 In basketball, a lot of things have to come together to get a victory. While defense is one of the most important elements of the game, and literally half the battle, coach Giorgi knows this and has more goals in mind for the season.

Shooting guard Lawrence Smith is among a group of players making anticipated returns to the newly bolstered Beavers roster, and Giorgi says he is looking forward to having some core players return.

“We got Jermaine Henderson back, Parker Haven, L.J. Smith, Tommy Edwards, so we got the six guys that played at the end [of last season],” Giorgi says. “ … So we got some experience, I think [that’s] one of the biggest things we got coming into the season.”

Smith, who’s now in his second year on the team, was one of the six players who was able to make it to the end of last season.

Excitement has been building for Smith during this off-season, especially after last year’s struggles. To Smith, the team can do it all, and will have a lot to bring to the table.

“I’m liking how the team’s meshing together and we’re looking a lot better than last year … so I’m pretty excited for the season,” Smith says. “We’re all scorers, we can all really do everything, I feel like everybody brings their own aspect to the team, so I feel like we mesh together really well, and we can honestly do everything.”

On top of experience from his extended minutes last season, Smith says he stays prepared and goes to the gym a couple times a day. That sort of work ethic and grind is what will propel Smith to do what he does well; shoot that ball.

“[I’m] in and out of the gym all the time, go to practice here, go home, late at night, eight, nine o’ clock, I’ll go back in the gym, get some work in, just everyday grind, it doesn’t stop,” Smith says. “I’m probably going to be shooting the ball a lot, I like to shoot.”

The 2018-2019 season is almost here, and the men’s basketball team is coming into the season with new and returning players that could add some depth to the roster.

New pieces brings some new potential, a bigger roster, and new hopes; and Smith is ready to show people the new and improved Beavers.

Be the first to comment on "Bigger roster, bigger goals for ARC men’s basketball"