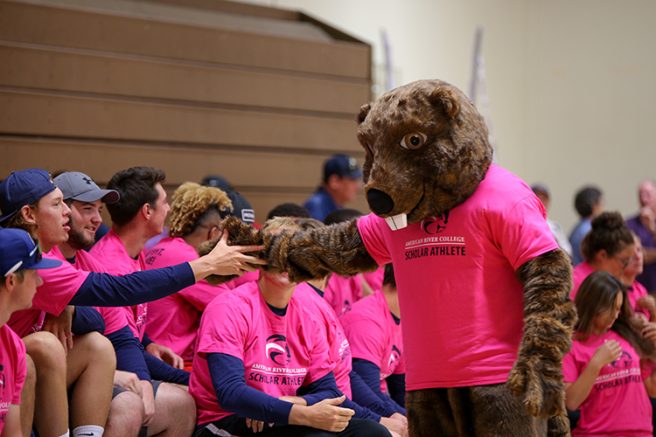 The athletic department gave its second annual fall season preview in the main gym on Friday, where they announced their goals for the upcoming season, honored exceptional student athletes and had former olympic coach and American River College faculty member Al Beta provide a motivational speech to all in attendance.

As Beta took the floor, he refused to use a microphone and assured the organizers that everyone would be able to hear him.

“What I’m going to share with you is of value,” he said in front of a hushed audience. “Being an athlete will take you many places others will never know.”

He stressed the importance of finding internal motivation to reach one’s goals, and ignoring expectations set by others, as they would leave a person unable to reach happiness for themselves.

He also mentioned that many of his former students called their experience at ARC “the best days of their lives” and that a student’s time should be spent as wisely as possible in order to feel the same way.

Women’s water polo coach Tyson Frenn, who served as emcee, went over each team’s plan coming into the fall season.

The Current’s ballot guide to the 2018 elections