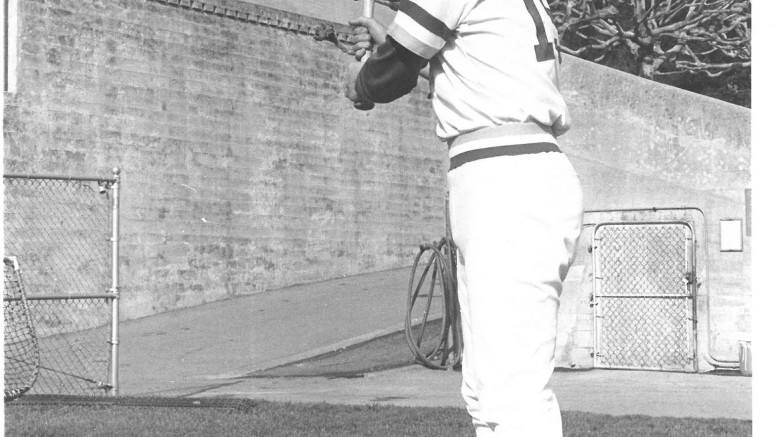 Greg Warzecka recalls the 1980 UC Berkeley baseball team that finished as co-champions of the PAC-10 as “goofy.”

“They were a throwback to the old team concept, they got along very well, they had great sense of humors, they were very charismatic, and anyone could give a speech on any given day about motivation,” said Warzecka.

Warzecka, now the Dean of the Athletic Department at American River College, was an assistant coach, batting instructor and recruiting coordinator for the team.

“(We) had to go to the Midwest regional at Oral Roberts University and ran up against the likes of Wichita State, Oral Roberts, The University of Missouri, UNLV,” said Warzecka.

After losing in the first round of the Regional to UNLV, Berkeley defeated Wichita State, Arkansas, and Missouri to play UNLV in a doubleheader to advance to the College World Series.

“We got the kids back in the hotel room at 2 o’ clock in the morning after whatever it was, a 15 inning game and had to be on the field the next day at Oral Roberts,” said Warzecka.

“And it was over 100 degrees, sweltering heat, very humid, and we had to beat UNLV twice to go to the College World Series,” said Warzecka.

They defeated UNLV, a team that was ranked second in the nation, in the doubleheader by scores of 6-2 and 12-0.

Kurt Mattson, now the equipment manager at ARC, was a pitcher for UNLV and described Cal’s team as being “pretty darn good.”

“They never quit. To come back … from the losing brackets just shows their confidence and determination,” said Mattson.

Mattson said that Warzecka brings up the losses to him from time to time.

“I tell him I have amnesia, I have no idea what he’s talking about,” said Mattson.

Berkeley lost to the University of Michigan in the first game of the College World Series before bouncing back to reach the semifinals.

The team lost to The University of Arizona 10-9 in the semifinals of the College World Series after being up late in the game.

“We were up 8-2 after I believe six or seven innings, and lost 10-8,” said Warzecka. “Squibblers and a shortstop losing his footing on wet turf and Terry Francona, the NCAA player of the year, was a tough out back then.”

Both Francona and Bob Melvin played for Arizona and California respectively and would go on to manage the Cleveland Indians and Oakland Athletics respectively.

Warzecka described Melvin as being “a great young man with a lot of talent.”

“(He) could catch, throw, was learning to really hit well, unfortunately as a freshman,” said Warzecka. “He played behind a senior captain of the team who was a switch-hitting catcher and a real cornerstone to the team. Bob learned a lot.”

The success these players had later on is a fact that Warzecka said spoke to the uniqueness of those two squads.

Despite their current positions, Warzecka said he never saw management in their futures.

Other than Melvin and Francona, two other members ended up having careers in the MLB.

Shortstop Rod Booker had a five year career in the MLB for the St. Louis Cardinals and the Philadelphia Phillies, playing behind Hall of Famer Ozzie Smith.

Pitching coach John Hughes is currently a scout for the Miami Marlins.

Warzecka said that despite the loss, he does not hold a sense of bitterness towards the outcome.

“You always go back when you lose and you second guess and things … those are all natural parts of the game to review what you did, but ultimately I think Arizona and Cal were the two best teams in the nation that year,” said Warzecka.

“There’s no bitterness, I think it’s just a great sense of pride.”

In April, Cal hosted a reunion of that team before a win over Stanford, and said the group was still the way he described them, and that he still maintains contact with.

“Funny as funny can be. The stories that they have and even telling the stories they let some stuff fly, so I learned some new things that I have never heard of before,” said Warzecka.