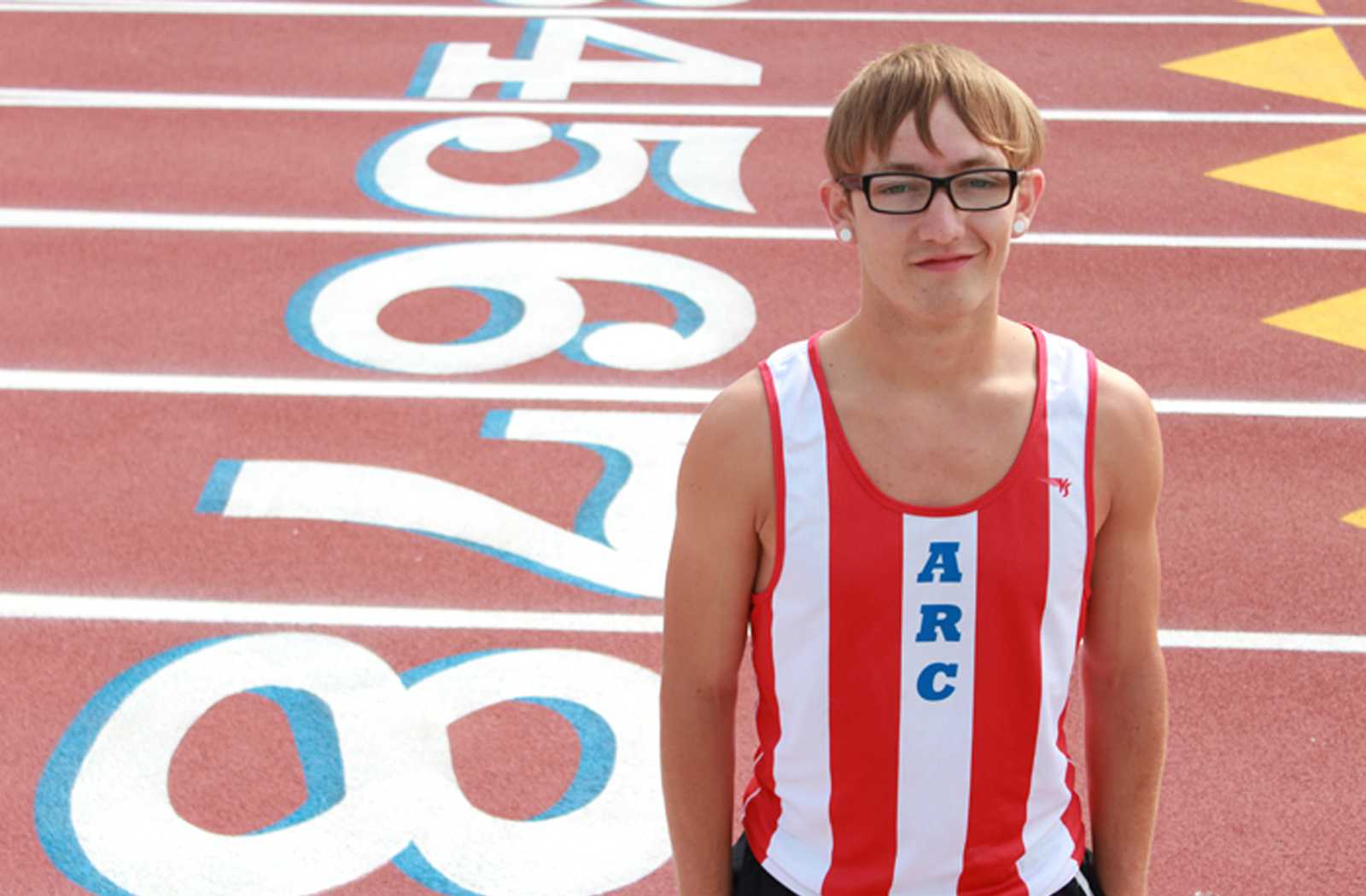 Jacob Huston, a long-distance runner on the ARC men's Track Team, stands on the Beaver Stadium track before a practice on Friday, March 15. (Photo by Emily K. Rabasto)

Pacing the stadium with calculated animation, he eases into the midst of his routine.  Though he wears only a brief set of shorts and track shoes, he presents something far more tantalizing than a bare back and torso. Sophomore runner Jacob Huston demonstrates the confidence of a champion.

Huston is no stranger to the podium. Since his days at Center High School, he has been an elite runner.

“I’ve got the school records,” Huston said, in reference to his career prior to becoming a Beaver.

Huston won a state championship with ARC’s Cross Country team and is looking to do the same this spring participating in track & field. In spite of the elation that comes with such achievements, Huston is increasingly desirous with each victory. He is enticed by the thought of winning multiple state championships.

“I love that idea,” Huston said. “I love that I’m going to have been here two and a half years and have a chance to be on three state championship teams.”

“He’s a perfect locker room guy,” Anderson said. “He has a job that requires a lot of him, he pays all of his own bills. He’s definitely one of those guys that has a full load.”

That “full load” packs Huston’s schedule. He wakes at 5 A.M. every weekday to make sure he passes his 15 units of coursework. His 30-hour workweek is almost supplemental. Experiencing growth as he has in the classroom and in his personal life continues to drive him in precisely the way it has in his athletic endeavors.

“Motivated…by potential,” Huston said when asked to describe himself. “This semester and next semester can lead to a lot. If I keep running the way I’m running and keep my grades up I can go somewhere good on a scholarship.”

His demeanor and discipline have helped create a superior culture among his teammates. His actions, specifically in practice settings have pushed his teammates to better results.

“Staying focused,” said teammate Luis Luna when asked what he’s taken from Huston. “It’s a friendly rivalry that we have, we sometimes go a little bit harder in practice [because of it].”

“He makes sure that we stay on the pace that our coach [Rick Anderson] gives us,” said Will Reyes, another one of Huston’s running mates. “He keeps the workouts right on.”

Huston has recently sought to his employ a similar method with his brother, who seeks to break his records as a runner at Center High School.

Making a splash at state championships