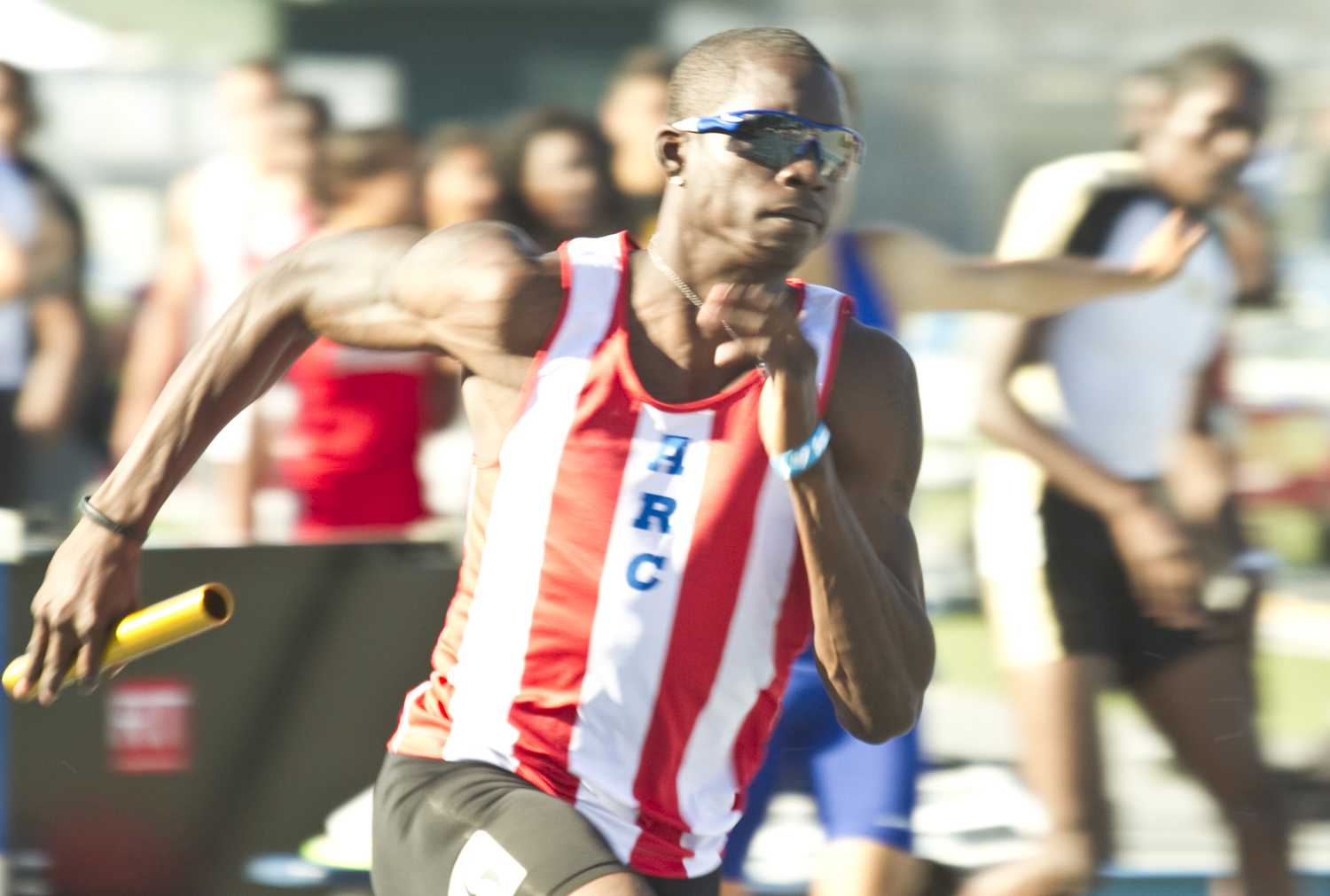 Wind aided or not, Diondre Batson put on a show.

At what has been long considered to be an after thought event because of the high winds in San Mateo, Batson ran a personal best 10.10 seconds in the men’s 100 meter finals at the Northern California Community College Finals at College of San Mateo on May, 11.

Batson has bettered his time in the 100 from over 10.50 in early April to a time that would be the sixth fasted time in NCAA Divsion I.

“To see this guy continue to drop time like he has dropped,” ARC sprints coach Michael Reid said. “I see it in practice, but I think he can run in the nine seconds. People were laughing at me before about that. But they aren’t laughing anymore.”

But it is legal in the collegiate ranks, while besting his personal record (previous 10.13) and set the record in NorCal final record, the stadium record and is tops in the state this season.

Still needing to finish under 10.18 with a legal Olympic qualifying wind, Batson has his sights set high on next weekend’s state finals at Cerritos College in Norwalk just outside of Los Angeles.

“I want to go 9-something and blow a hole the state meet,” Batson said.

The crowd was geared up for a show from the speedster.

And after he blazed past the competition and the clock read 10.10, there was a loud gasp from the on-lookers knowing that the wind-aid took a bit of the excitment from the stellar performance. The sophomore from Laguna Creek High School in Elk Grove was aware of the crowd’s excitement on Friday.

Batson has qualified for the Olympic trials next month in Eugene, Ore. in the 200 with a 20.50 in April.

Oh yes, he also finished fourth in the long jump, and ran the third leg in the 4×400 meter relay (3rd place) and the anchor in the 4×100 (2nd place).
Along with Batson, the ARC men’s team repeated as NorCal champions.

Matt Airola, despite saying he was going to take it easy before the events began Friday morning, blazed through the final legs of the 800 and 1,500 meter events to take home the NorCal title in both events.

“This meet is all about the team and scoring points and getting the team title,” Batson said. “But next week we are going to pull out all of the stops.”

With the launch of Google+, Facebook may finally have some competition

The Beavers strived to achieve the perfect season

Be the first to comment on "Men’s track repeats as NorCal champs, Batson sets personal record"