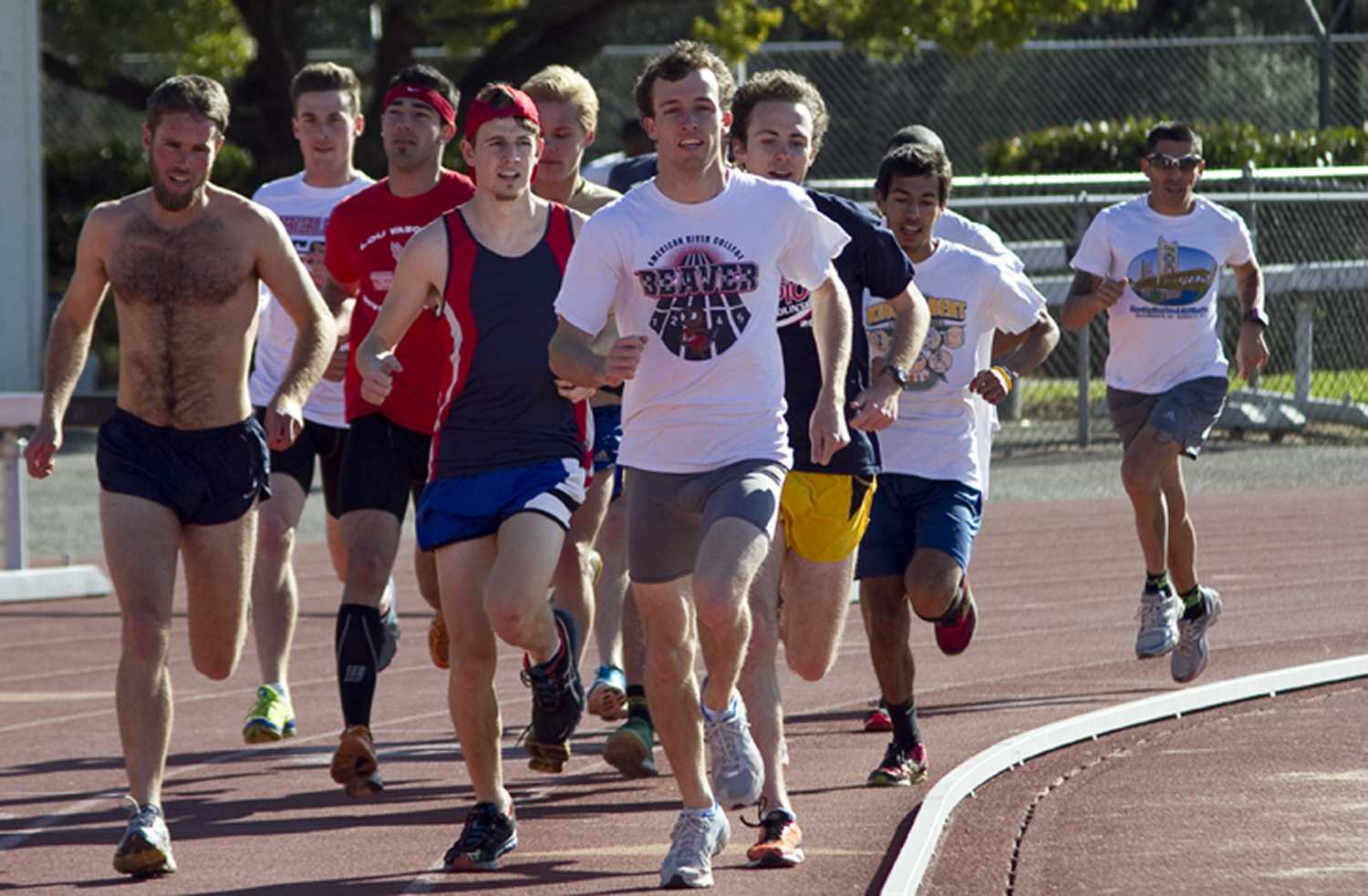 Diondre Batson’s note to fans this week; “Come watch, it’s going to be a show.”

The Olympic-qualifying sprinter, along with the rest of the American River College track and field team hosts the Big 8 Conference Trials and Finals at Beaver Stadium beginning Tuesday April 24 at 3:30 p.m. and concluding Friday evening.

Batson qualified for Olympic standards in the 200-meter dash (20.50 seconds) last weekend in Walnut, Calif. at the Mt. SAC Relays.

He posted a wind-aided qualifying mark in the 100 (10.13), but the wind aid was too high for Olympic standards. However the blazing-fast time is still legal by collegiate standards.

And head coach Rick Anderson told Batson this week might be his best shot to post an ‘A’ standard in the 100.

“When we get down to San Mateo for NorCal (championships) it’s going to be too windy, it always is,” Anderson said. “It won’t happen at NorCal.”

The conference trials begin with men’s javelin and women’s hammer throw at 3:30 p.m. on Tuesday. The first preliminary events for track will start at 4:50 p.m. ARC sophomore Maya Dickerson has the fastest recorded time (15.30) in the conference this season.

The Beavers have 16 top marks in 40 of the events for both the men and women’s teams this season in conference.
Impressive for a team that Anderson says is light on depth, “But we have the top-end caliber in the conference.”

Batson has the top conference times in the 100, 200 and the 400-meters, along with being the anchor on the fastest 4×100 meter relay team. He will also compete in the long jump. A triple threat for the men’s team is fellow sophomore Matt Airola.

The women also post all four of the top times in the 10,000-meter run.

There will be eight finals on Tuesday; including the women’s javelin at 5:30 p.m. ARC sophomore Shayna Dockery has the best throw in conference this season.

Friday’s competition will be only finals events and begins at 4 p.m.

The Beavers will compete in the NorCal championships on May 4 and 11 in San Mateo and the state championships at Cerritos College in the Los Angeles suburb of Norwalk on May 18 and 19.

As for this week, Modesto Junior College is the favorite to win the women’s conference title. But according to Anderson, the Beavers’ men’s team has the advantage.

“We are just a few points favorite,” Anderson said. “It should be a real close competition. Hopefully we can win it.”