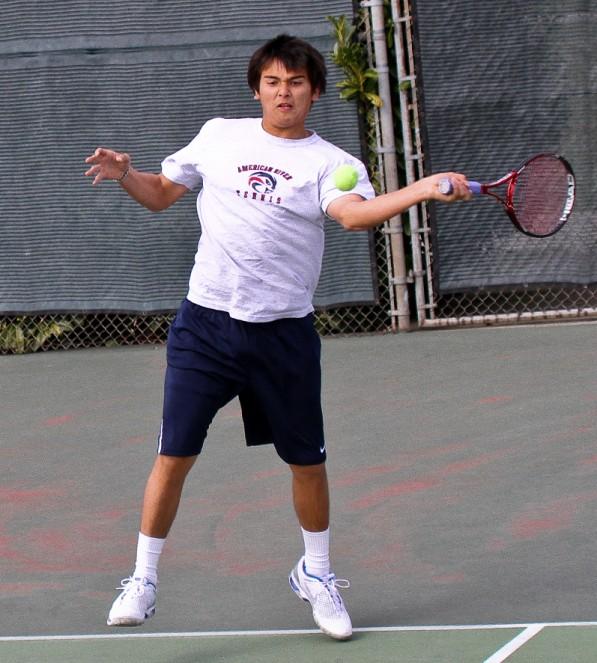 Andrew Amor and Nick Krebs defeated Sierra College’s Anton Sarachukou and Cameron McCallister (8-6) in a tight match. Sierra took advantage of the Beavers slow start and grabbed the lead early, but Amor and Krebs regained composure and took the lead with the fourth match point.

“We did what we had to do to get the job done and worked hard,” said Amor.

The game remained a nail-biter all the way to the final match point. With the score close (7-6) Amor sent a powerful serve to the right side of Sierra’s court scoring and winning the match for the Beavers.

This is the second time this month Amor and Krebs had a hard fought victory against rival Sierra College. The last time was at the Modesto Junior College Tournament where the ARC men’s tennis team finished second. The players believe both wins against their rival are huge.

“It’s huge; they’re our rival. They played a good match both times it was close the whole time. It shows how hard we’re working to pull off both matches,” said Krebs.

Men’s tennis coach Bo Jabery-Madison likes his doubles team with the solid play of Krebs and shot making of Amor.

“It was a solid match and there was a little back and forth. I think we did a good job today in the big moments playing our best tennis,” said Jabery-Madison.

When asked on his thoughts about defeating rival Sierra College, Jabery-Madison said, “It was no bigger or smaller than anybody else.” Jabery-Madison wants his team to treat every team like the other saying, “Fear no one, but respect everybody.”

The Beavers defeated the Wolverines seven out of the nine matches played. Matches won by the Beavers include Oscar Figueroa convincing victory (6-0, 6-2) and a comeback victory from Patrick Johnson.

Counseling at ARC struggles towards end of semester