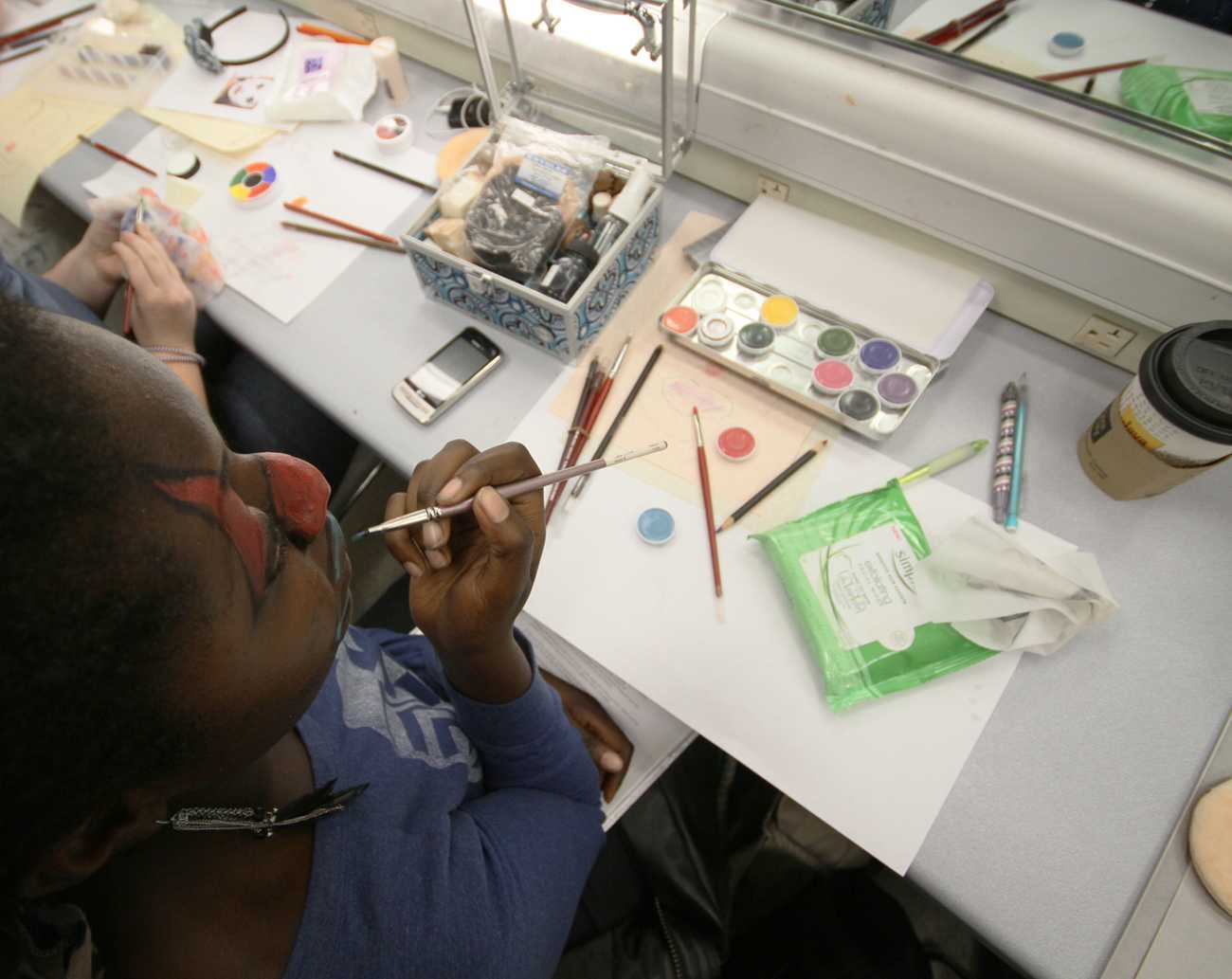 TA 437, or Stage Make-up, isn’t your average YouTube makeup tutorial. After learning techniques to work with highlight, shadow, color and more, students learn how to work through the whole aging process – how to make themselves look middle age, old age or extremely old age. After that, they work on different projects that include getting turned into someone from the 1600 or 1700s, as well as switching genders and working with beards.

If realism isn’t your thing, the curriculum also features lessons about clowns and mimes, animals and four fantasy projects as their final, where students “can do anything from (the) Wicked Witch of The West to Klingons,” according to Professor Kathy Burleson.

Why You Should Take It

This isn’t your typical “sit down and take notes” style of class. While the early weeks of Stage Make-up are mostly lecture as you learn all of the techniques, the days where you work independently and get to be creative will make it all worthwhile.

The Student:Kathryn Busch, Theater Arts Major“My favorite project was the Cirque du Soleil. I got to let go and just be crazy with copying a design made by professionals.”

The Professor:Kathy Burleson“I would say a third of the class are people that think they actually want to go on to become makeup artists,” said Burleson, “and the rest of the class tend to be people who like to do Halloween houses or that kind of stuff. Most of them are theater majors or some kind of performing arts majors.” One of the main purposes of this class is to “lose them as actors and gain them as characters.”

Take this class: PSYC 390 – Psychology of Death and Dying

Be the first to comment on "Take this class: TA 437 Stage Makeup"