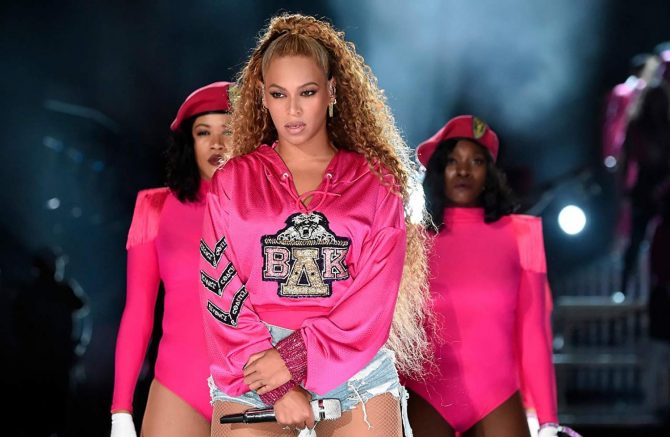 Just as we thought Beyoncé couldn’t be more of an inspiration, the performer released a Netflix documentary ‘Homecoming’ on April 17, featuring an in-depth look at the behind the scenes of the making of her 2018 Coachella performance. The film showcases the hard work, dedication and sacrifice it took to make Beychella, her two hour performance as the first black woman to headline Coachella happen.

I have watched this film numerous times on my phone, laptop and TV, and I can truly say it gets better each time as I’m wowed by certain details.

“I personally selected each dancer, every light, the material on the steps, the height of the pyramid, the shape of the pyramid, every patch was hand sewn. Every tiny detail had an intention,” Beyoncé said in the film.

I’ve watched the film enough times to notice and appreciate these minor yet striking details, including the colored lights that beam through the bleachers, the detail in each costume and the instruments that coincide with every stomp.

In this film, we witness Beyoncé wrap the theme of Beychella around historically black colleges and universities (HBCUs), black excellence and women empowerment.

“When I decided to do Coachella, instead of me pulling out my flower crown, it was more important that I brought our culture to Coachella,” Beyoncé said in the film, and she did just that.

With a string of back-to-back empowering songs such as “Freedom,” “Lift Every Voice and Sing” — also known as the Black National Anthem — and the hit single “Formation,” she honored our culture with such passion, I couldn’t help but feel even more proud of the skin I am in.

It’s so inspiring to see how much Beyoncé sacrificed to put on this show, such as being away from her family, including newborn twins, limiting herself to a very strict diet and getting her body back in shape after weighing 218 pounds the day she gave birth.

A tear jerking moment for me is when Beyoncé described the struggle she experienced during her pregnancy. She informed viewers that her body went through more than she knew it could, adding she had high blood pressure along with developing toxemia, preeclampsia. To hear her talk about that followed by seeing the hard work she put in to the show was beyond inspiring.

My favorite parts in the film include the overall appreciation of black culture, the small glimpses we get of Beyoncé being a mom to her three kids, Blue Ivy Carter, Rumi Carter and Sir Carter, rehearsals with the band and dancers, and last but definitely not least, the high quality performance that was exquisitely edited with smooth transitions to feature both shows from weekend one and two.

After watching this film, I feel like I can truly do anything I put my mind to. I feel as though I am powerful instead of powerless, regardless of what societies stereotypes against black women are. Seeing the hard work everyone put into making this performance happen for fans across the world to witness through screens, and Beyoncé making it a priority to uplift black culture, fills me with such gratitude.

“I ask that we’re able to touch people and give them hope. To make people feel beautiful, strong and united,” Beyoncé said in a prayer at rehearsals.

The Queen Bey has done it once again.

Ariana Grande says ‘Thank U, Next’ to “Sweetener”