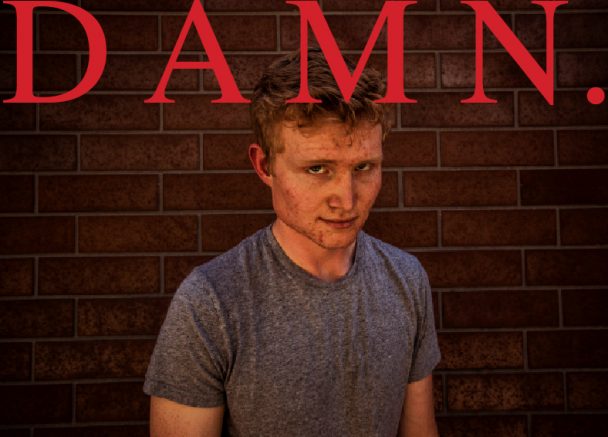 In 2016, for “To Pimp A Butterfly,” Kendrick Lamar almost tied the record for the most Grammy nominations in one night. With 11 nominations, Lamar only lost to Michael Jackson by one nomination. With his new album “Damn.” Lamar may beat that record, but as Lamar says on “Element.,” “I don’t do it for the Gram; I do it for Compton.” This line sets the tone for the majority of “Damn.” Here Lamar is thankful for where he is, and he’s not forgetting what got him there.

“Damn.” is the aftermath of Lamar’s success. Here we find him coping with all of the fame and fortune he has gained. He recognizes all of the evil that comes with stardom, and he’s trying to keep it at bay by staying humble and true to who he is.

After the much praised “To Pimp a Butterfly,” “Damn.” has a lot to live up to.

“Damn.” is Kendrick Lamar’s fourth studio album and he is still constantly experimenting with his style and tone each time he releases a new LP.

Damn.” is a slow-paced melodic album with a few banger tracks like “DNA.,” and “Humble.” It’s damn good, and arguably Lamar’s best album yet. 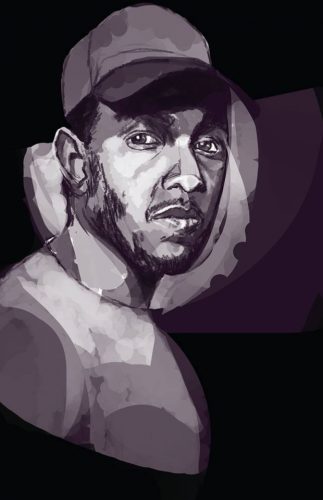 The album only has a few features which make it feel more personal, including appearances from U2, Rihanna, and Zacari.

In “To Pimp a Butterfly” Lamar experimented with jazz reminiscent tracks. Here, there is more of a psychedelic rock sound. With guitar riffs throughout, and a sample from Pink Floyd, these riffs and samples create songs that almost feel like hallucinations, with such songs like “Pride.,” and “Lust.” The only low point of the album is the song “Loyalty.,” which feels too generic, and sounds too familiar.

Lamar’s rapping is still center stage as always and it doesn’t disappoint. His ability to be sporadic yet consistent is what keeps every track going, and non-stop until the end.

Religion has been a theme in other Lamar albums and that doesn’t change here. Released on Good Friday, the album has many religious undertones, with constant references to prayer and to God. There is even a song titled “God.” Although this song is more dealing with how Lamar’s current status of fame makes him feel. The song “Yah.” is a reference to the Hebrew name of God, and the Book of Deuteronomy.  The fifth book of the Torah and the Christian Old Testament, is also mentioned a lot.

The album opens with a slow monologue where some of the first words sung are “are we gonna live or die.” This instantly sets the dramatic melancholy tone for the whole album. Lamar is angry in this album, and it shows through the music.

Yet even though Lamar is angry, he seems to be so grateful for where he is here.

The album is filled with the themes that are central to Lamar’s work, though this album has a major theme of staying true to what you are, and staying ‘humble’. Specifically, “Element.,” “Humble.,” “God.,” and “Fear.”

In “Fear.,” Lamar directly gives us a view of three acts of his life, and what he was afraid of during those times. When he was young, he fear was his mother. When he reached his teens he was afraid of death, and then at 27, he became fearful of what money and fame will turn him into.

The album is also a statement of hip-hop culture itself. With samples of Geraldo Rivera criticizing Lamar’s work for being destructive to the black community, Lamar fires back and says his content cannot be ignored because it’s in his ‘DNA.’ He also states that without hip-hop his life wouldn’t be as great as it is, and that his ‘DNA’ is what got him to the point he’s now at:

“I got loyalty, got royalty inside my DNA

I got loyalty, got royalty inside my DNA

I got loyalty, got royalty inside my DNA; I live a better life, f**k your life.”

“Damn.” is Lamar’s manifesto of success. It manages to simultaneously be a slow album with nice beats, yet it can go fast and hard at some points. While not as ambitious as “To Pimp a Butterfly,” there is beauty in simplicity, and that is where “Damn.” shines the most.

What the Green New Deal could mean for ARC