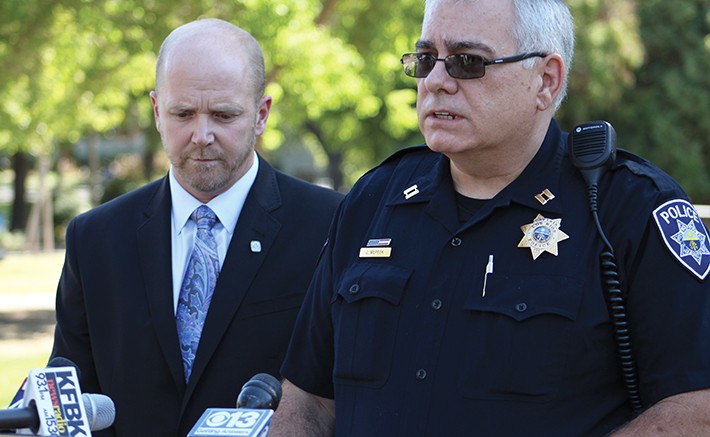 Police transparency isn’t a phrase to just throw around; that said some concern has arisen among the student body since a former Los Rios Police Officer allegedly raped an ARC student on campus grounds in Fall 2015.

During this time the LRPD was undergoing investigation, it declined to make any official comments for the Current staff.

According to an article published by the Current on May 12, 2015, LRPD Captain John McPeek referred the Current to Los Rios Police Chief Cheryl Sears who did not return multiple calls.

if the public isn’t able to hold public officials accountable, then who is?

LRPD turned the investigation over to the Sacramento Police Department. No charges were made.

At the time of the rape claims, little to nothing was known about the investigative process and now in wake of Winchester’s alleged rape charges, information still remains scarce.

One explanation was offered by the Associate Vice Chancellor and head of Communications and Media Relations for the Los Rios Board of Trustees, Gabe Ross.

“Facts (are) coming in and changing,” and the LRPD is “not to speak before (they) know all of the facts,” Ross said.

Now that the investigation has ended, a lack of compliance to comment still remains.

The LRPD did not return phone calls and were not available for drop in concerning the recent Winchester update.

This lack of transparency creates a roadblock. There is no way to judge or criticize LRPD’s protocol because there is no protocol available to examine.

According to the district attorney for Winchester’s case in San Mateo County, Stephen M. Wagstaffe, every agency and college does a debriefing on past investigations.

He mentioned questions San Mateo County asks themselves such as “what could we do next time? Were we thorough with them?”

He also said there should always be “a day after analysis” of the case.

These are a few questions and ideas the LRPD could implement to their protocol, and if in fact they already follow similar steps, ARC’s student body should know about it.

This isn’t a matter of accusing our police officers of negligence, it’s to say that a student made claims that they were raped by an LRPD officer on ARC’s campus and as students we were and are still denied access to information regarding it.

Even if there was negligence, because of the circumstances negligence can’t be claimed.

The relationship between the press and the police will never be a perfect one but that doesn’t mean there shouldn’t be one.

Be the first to comment on "Editorial: The LRPD lacks transparency"