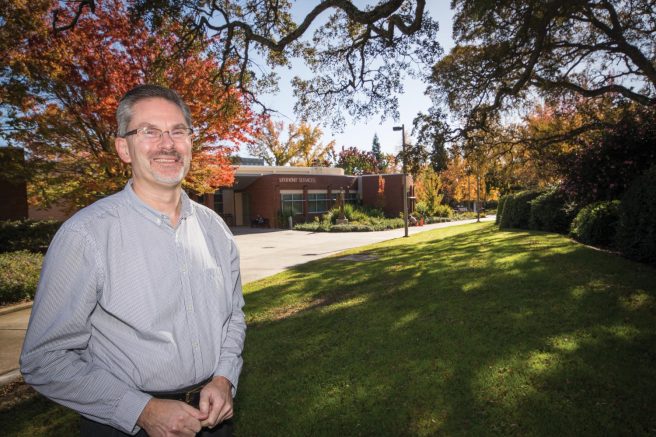 American River College is undergoing a massive redesign project that will see the core values that drive the college and its faculty adapt to the needs of it most at-risk students and attempt to create a more inclusive campus for all.

This redesign will have the administration of ARC attempt to find the lowest performing student groups or those most at-risk and provide for them a system of support and direct intervention in the hopes of giving them the tools to succeed and prosper.

This is done by giving disproportionately impacted students more direct attention and intervention.

To achieve this, the college has partnered with Achieving the Dream, an organization that helps community colleges nationwide develop and reform their curriculums to create a more inclusive educational system.

“We want to design the new student process so there is no escaping advocacy. So that every new student that comes in has an opportunity to meet with someone who is an ally or an advocate. Not everyone has a parent, or an ally or advocate. We want to build into the system that these kinds of experiences are inescapable so that all news students have the opportunity to get a good start.” -Scott Crow

ARC Public Information Officer Scott Crow says that the move towards the redesign is about social justice and equity as much as it is about helping students in need.

“We need to start from the ground-up. We realized that equity needs to be the lens through which we see everything. Instead of social justice and equity just being this thing that’s off to the side, we wanted to see through everything through that lens,” Crow said. “It’s our responsibility to help all students succeed.”

And that is the major goal of the redesign project, student success.

Crow says that providing incoming students with an ally or advocate is going to be one of the keys ways to achieve this goal.

“We want to design the new student process so there is no escaping advocacy. So that every new student that comes in has an opportunity to meet with someone who is an ally or an advocate,” Crow said. “Not everyone has a parent, or an ally or advocate. We want to build into the system that these kinds of experiences are inescapable so that all news students have the opportunity to get a good start.”

The process will be modeled after existing programs like the state-funded Extended Opportunity Programs and Services.

“We’ve looked at data that says students who are enrolled in a case management program like EOPS, the percentage of those students who go from fall to spring can be as high as 90 percent,” Crow said. “Students who are not in those programs, the numbers are in the 60s and 70s. We want to scale that out so that it’s not just the students who are eligible for specific programs but that all students get some kind of support services to improve their success.”

Another way the administration is looking to boost student success is by simplifying certain processes.

Processes like choosing classes, according to Crow, have shown to be stressful for a large number of first-time students.

Crow added that students coming out of public schools are often used to having their classes and schedules chosen for them with limited engagement so choosing from the hundred of classes that a school like ARC offers can become an overwhelming task. This is especially true when students are still undecided about their major or career path.

According to Crow, some of the major and certificate pathways might be “cleaned up” in an effort to streamline student success.

Crow said that no existing programs would be cut and that only new ones would be added.

As for when some of these changes might start taking effect, Crow says that ARC has already implemented some of the smaller changes with a proposed mid-2018 start date for the campus-wide overhauls.

“Best-case scenario, we would start doing some of the summer programming in 2018. And in fall 2018, we might roll out some of these things but there are lots of timing factors,” Crow said. “We’ve already started implementing some of the smaller changes but the big ones will take time.”

The administration will also be looking on ways to inform students of both the new and existing services offered by ARC.

“We understand that there needs to be a lot of different ways to get messages out, especially important ones,” Crow said.”If a student is struggling, they may not even know that we offer free tutoring. We’ve had student focus groups where we hear the same thing over and over again: ‘I wish I would have known about this service because it would have helped me a lot in my class.’”

Crow said that students can also expect to see a more mobile-friendly website in the near future as well now as a new science, technology, engineering and math building on campus.

ARC to offer training for AEDs on campus