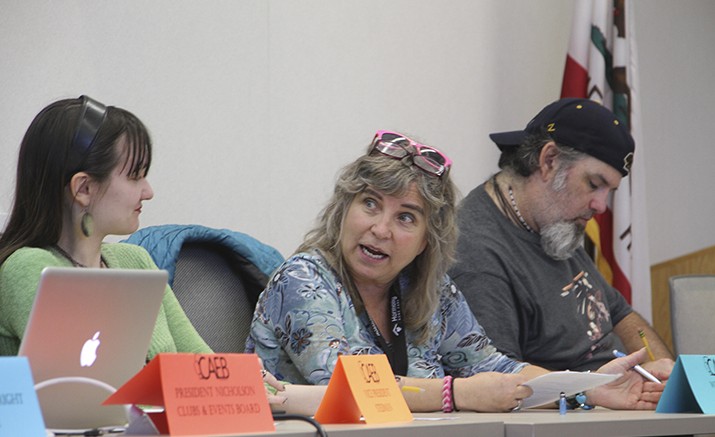 The Associated Student Body Clubs and Events Board voted Tuesday to approve a resolution that offers support to a proposed LGBT pride center on campus.

The resolution, which was authored by CAEB Whip Laurie Jones, calls for “the ARC Senate to urge the ARC administration, in partnership with the LGBTQ (Q stands for ‘queer/questioning’) subcommittee of equity to form and institutionalize a permanent physical space with funding for programs and services specifically to address LGBTQ matters.”

The resolution passed by a vote of nine in favor, five in opposition and two in abstention.

Garrett Paffrath, the CAEB representative for Sigma Phi Sigma, voted against the resolution because he felt that there was “no clear path.”

“I approve of a pride center on campus,” said Paffrath. “I just felt that the resolution here was too vague; I wanted less ambiguity.”

Commissioner of Finance James Cortright, who’s been in opposition of the resolution since it was first presented to the board, said that the lack of a monetary value for the resolution “frightened” him.

“I think one of the biggest issues, regarding this resolution, is funding,” said Cortright. “This would be something of value to the college — that is undeniable — it’s just a question of ‘Is it worth the money?’ ”

CAEB Commissioner of Activities Kylie Marx, who co-sponsored the resolution, clarified that the purpose behind it was not to provide exact plans.

“This resolution is not the money, it is not the space,” said Marx. “This is about opening the door to get the idea of a pride center flowing through the administration.”

Following the meeting, Marx said that she was glad that the first step had been taken toward getting a pride center on campus.

“I’m excited because it gives us potential,” said Marx. “It allows for hope.”

The board also approved two resolutions calling for surveys to be taken on campus accessibility and accessibility of American Sign Language (ASL) interpreters.

The “Under Wonderland” themed Club Day is scheduled for next Thursday and will include many “Alice in Wonderland” styled games, including a life-sized chess game.