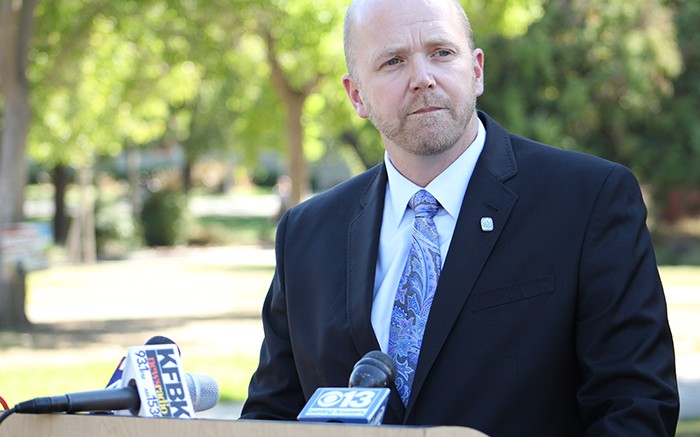 American River College President Thomas Greene spoke to the press Friday regarding the arrest of Kristofer Clark, a former ARC student, on charges of making a threat to the ARC campus. Police have not confirmed what exactly the threat was. (Photo by Barbara Harvey)

“We as an organization, as a police department, do feel that the threat was a credible threat and took action immediately,” said McPeek.

Below is a video of the full press conference.