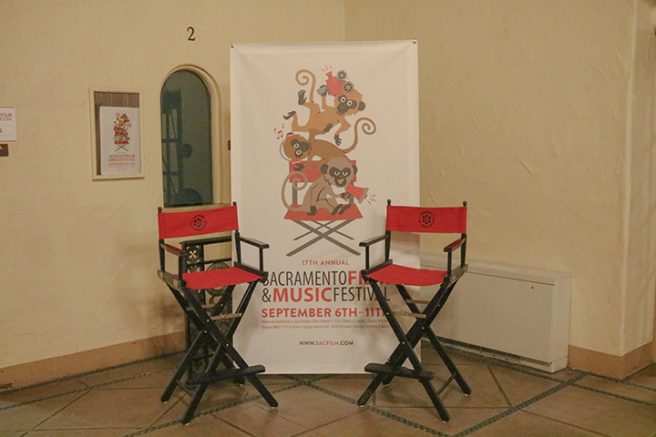 A screening of the documentary “Saltwater Buddha” was held at the Memorial Auditorium on Thursday night as part of the Sacramento Film & Music Festival.

The documentary tells the story of Jaimal Yogis, who at the age of 16 ran away from home to learn how to surf on the islands of Hawaii and eventually wound up living among monks in a Buddhist monastery.

Yogis is the son of American River College career center counselor Janice Klar-Yogis, who was present at the screening.

Klar-Yogis said that seeing her son’s story being portrayed on the big screen was a surreal moment to experience as a parent.

Also in attendance was the film’s director, Lara Popyack, who answered questions from the audience after the screening was finished.

Popyack said that the film took over six years to make and was a “passion project” for everyone involved, as no one in the production crew was paid.

The documentary was screened in the Jean Runyon Little Theatre room and had dozens of people show up to hear Jaimal Yogis’ story.

The movie was funded by MMA fighter Urijah Faber, who is a personal friend of Jaimal Yogis.