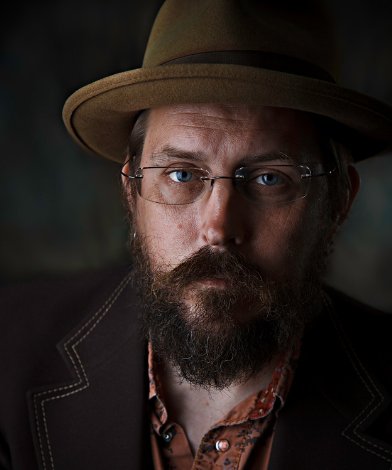 He is an English professor at American River College, a husband, a father of six – with his sixth having arrived on Sept. 7 – a Ph.D. in poetry and a musician with work on over eight albums.  He also released a critically successful novel titled “The Infinite Tides,” over the summer and is doing a reading of the book at ARC’s College Hour on Sept. 20 in Raef Hall.

Described as, “(a)n astute, impressive, and ambitious debut,” by Publishers Weekly, “The Infinite Tides” is about a man by the name of Kieth Corcoran who devoted his life to becoming an astronaut, who then loses his family after a tragedy.

The concept of the book was conceived by looking at “the economy imploding and a lot of men being out of work, all at the same time,” said Kiefer. “(T)hinking about, in terms of gender, men defining themselves by work; having a big swath of men unemployed at the same time means that a large swath of men were then unable to define themselves in that way.”

Some might think Kiefer would have an inflated head when seeing all of the positive reviews “The Infinite Tides” is receiving, but he’s a man that goes to the beat of his own drum and the opinions of others matter much less than his own.

“It’s validating,” said Kiefer regarding the reviews of his book. “(But) really as an artist you want to be doing the next thing; it’s like a very shiny distraction in a way.”

But for Kiefer, that mindset is less about being a rebel and more about persuing art in its purest form.

“Commerce and art, in my mind, are seperate entities,” said Kiefer. “As an artist, I cannot get too
involved with the commerce side of things. I certainly do my part, I… do readings, I’ll sign whatever
book somebody brings, but ultimately there’s a line I can’t cross, because then I become a salesman and
not an artist.”

To further illustrate Kiefer’s dedication to his own creative satisfaction, he hasn’t bothered checking how many copies of the book have sold. “I haven’t asked,” said Kiefer, “and I’ve asked my agent not to tell me, because it’s irrelevant to me making the next book.”

On top of that, he wrote 41 drafts of the “The Infinite Tides,” which is shocking because Stephen King only writes 22 drafts before releasing a book. There is irony in Kiefer’s writing of “The Infinite Tides”: He chose to write about the topic of men defining themselves by their work, but he himself is constantly buried in it.

“I spent a lot of time this summer working on a book, throwing it out, starting over, getting to a certain point and throwing it out again and starting it over,” said Kiefer. Maybe that’s Kiefer’s infinite tides; a never-ending cycle of work and creation, or perhaps it’s the only way he knows how to define himself.

Dr. Christian Kiefer’s book, “The Infinite Tides” can be purchased in the English department. He will also be doing a reading of the book during college hour on Sept. 20 at Raef Hall at 12:15-1:15 p.m.

The musical mayhem of ‘Sweeney Todd’