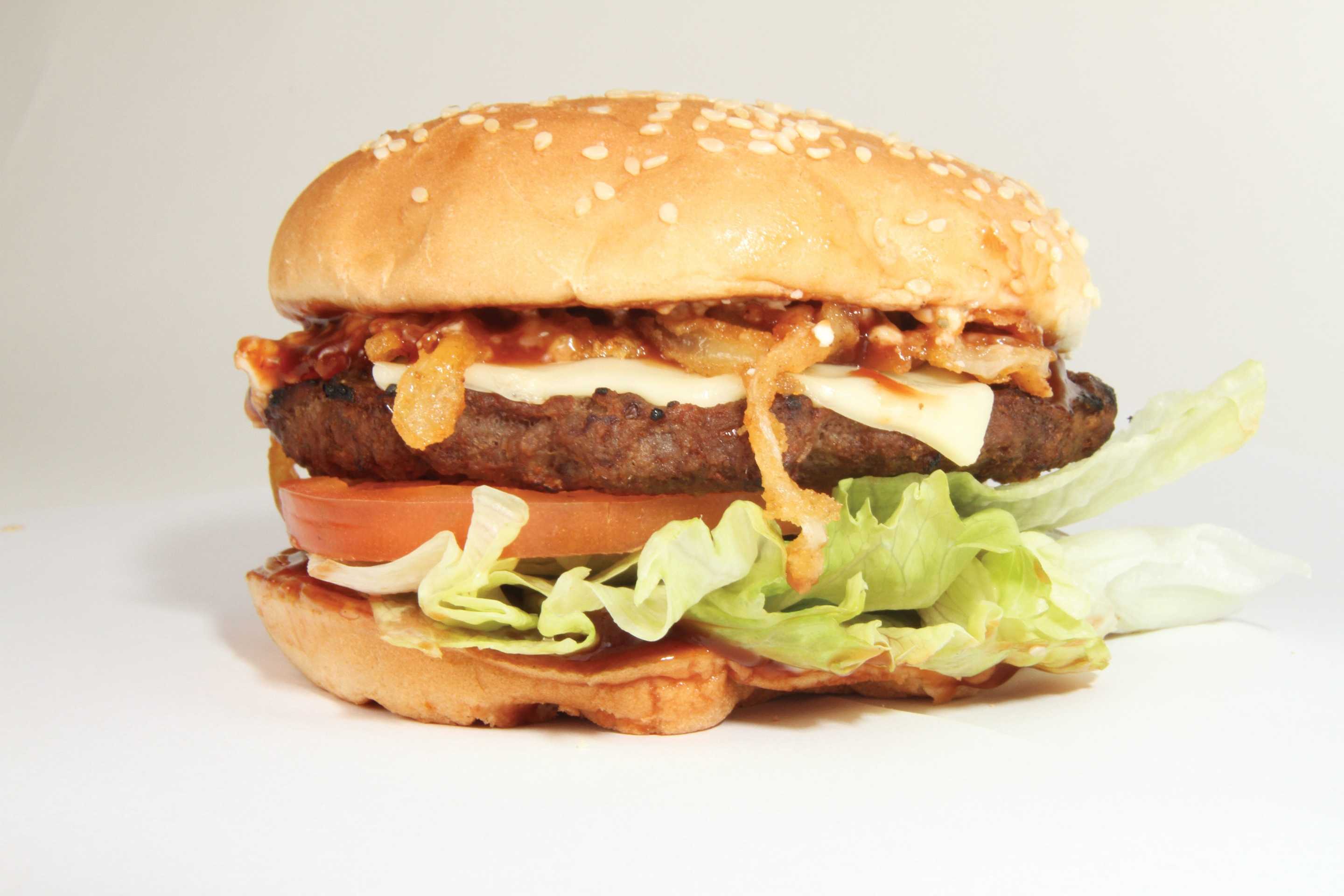 Carl's Jr.'s Steakhouse Six-Dollar Burger comes out the winner in a face off with Jack in the Box's Outlaw Burger. (Photo by Bryce Fraser)

I got a chance to try both sandwiches, and while both were delicious in their own right, only one could be crowned king.

This burger is definitely worth your while. Its 100 percent Black Angus patty is seasoned to perfection. At first I was skeptical about the blue cheese; I was afraid it would overpower the flavor of the burger, but mixed with the zesty A1 sauce it was surprisingly delightful. I’m not a huge fan of onions, but the crispy onion strings didn’t deter me at all.

This was a delectable burger. It’s new and inventive. Though a bit pricey, your taste buds will praise you for it.

Jack in the Box: Outlaw Burger
The Outlaw Burger is one of your average Jack in the Box sandwiches. Lettuce, tomatoes, onion rings, American cheese, bourbon barbecue sauce and hickory-smoked bacon accompany its jumbo beef patty on a sesame seed bun.

The burger is modestly pleasing. The onion rings turned out to be just a greasy distraction, while the jumbo beef patty merely grazed expectation.

The always-flavorful taste of bacon matched with the sweet bourbon barbecue sauce is what makes this burger.

The fact that Jack in the Box offers a Spicy Outlaw Chicken Sandwich (which is essentially the chicken version of the sandwich) is a plus. And priced at a little over three dollars, it’s definitely easy on the wallet.

The Carl’s Jr. Steakhouse Six Dollar Burger is my rookie of the year. If this burger were truly made by the god of hamburgers, then other fast food restaurants need to bow down, because this work of art disguised in all its savory goodness reigns supreme.

Coach Haflich sounds off on this semester’s football team

Be the first to comment on "Battle of the Burgers"