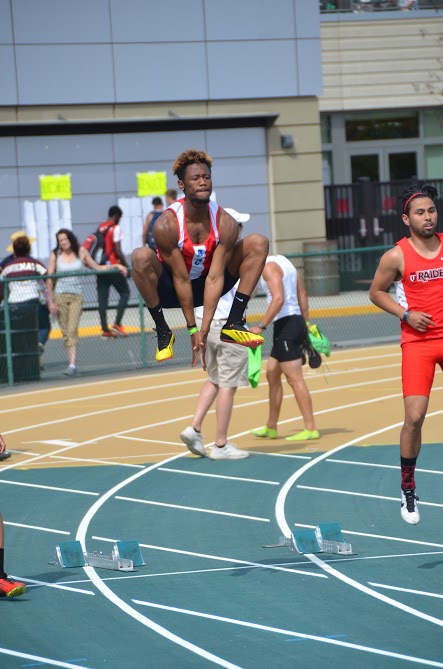 Sophomore Kandace Compton finished third in the 800m with a time of two minutes, 14 seconds.

The teams competed in the Hornet Invitational last Saturday at Sacramento State University.

The meet consisted of 27 teams from around California including Sacramento State, Stanford, UC Davis and California State East Bay.

For the men’s side, there were a handful of top performances.

In the men’s high jump, sophomore Xavier Howell placed third with a height of 2.07 meters.

In the women’s 5000-meter, freshman Jenica Dodge placed third with a time of 18 minutes, 21 seconds.

Sophomore Shelby Crider placed fourth in the women’s Javelin throw with a distance of 39.18 meters.

In the fifth heat of the women’s 400-meter, freshman Ane Archuleta finished first with a time of one minute and 16 seconds.

Compton accomplished a lifetime personal record in the women’s 1500-meter.

“When I crossed the finish line I saw two minutes and 14 seconds the estimated time … then once I saw my time I yelled out and dropped to the ground,” Compton said.

ARC alum Kayla Rossi, who now runs for the CSU Stanislaus, was at the meet as well.

“I wish I was running today. I’m hungry to run,” Rossi said.