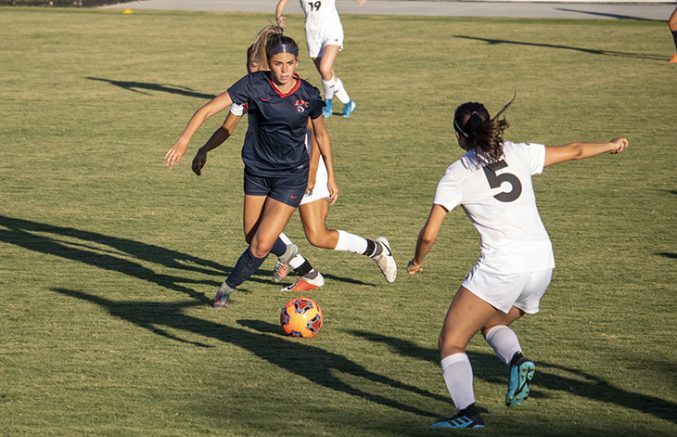 Fresno started off strong, as within the first five minutes of the game they were able to maneuver the ball behind American River College’s defense and score the first goal.

While the ARC women’s team were down about the outcome of the game, they said they were still hopeful for the future of the season.

According to head coach Paul Arellanes, the team has a lot to learn, but he is confident that they will learn quickly. 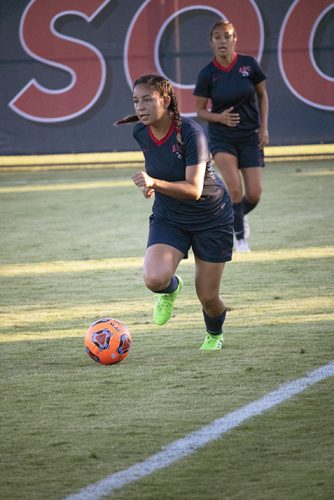 Arellanes said one of the challenges he had to work with was having so many new players on his college team.

“This was something they hadn’t seen before,” Arellanes said. “The speed of play was good, I mean it was fast, it was hard, it was more indicative of a true college soccer game”.

Players still found good things to say in the face of the loss.

Sophomore Vanessa Cisneros, one of the four sophomores who started the game, said she felt that she learned a lot from the game and is excited to play with the team.

“We definitely stepped up to the plate tonight based on just the easy games we have been dealing with lately,” Cisneros said. “So I feel as though they were a good test, so we know what we need to work on.”

Even after the loss, Cisneros said she was still optimistic about the future of the team.

“I’m excited for the season, I mean, we have some good players we can depend on,” Cisneros said.

Be the first to comment on "ARC women’s soccer team shutout by Fresno, 4-0"