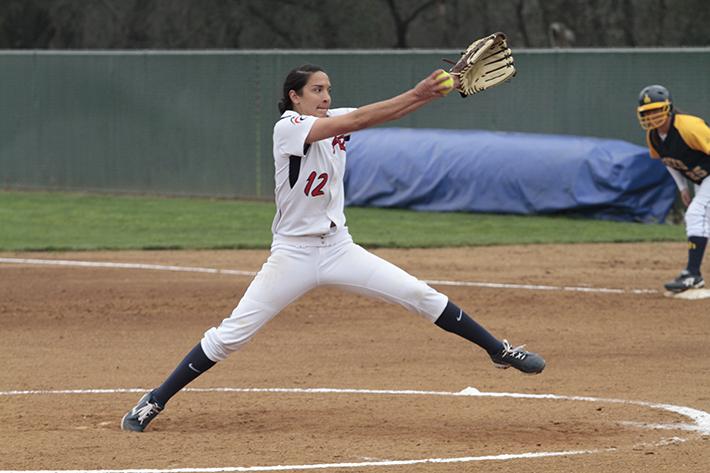 When softball pitcher Sharie Albert injured her knee three years ago during practice, she immediately knew something was wrong.

Albert, who now pitches for American River College, was preparing for the season opener as a member of the Sierra College team when she turned her knee while practicing sliding feet first.

“We were practicing that a lot, and I said ‘Let me try that one more time,’” said Albert. “I turned it wrong and I didn’t get back up.”

“I was laying on the ground and I’m like ‘it hurts, it hurts’ and I heard (one of our coaches) saying ‘please don’t say it hurts in the back of the knee’ and then my other coach says ‘where does it hurt?’ and I said ‘in the back of the knee,’ so right then and there I knew something was wrong.”

Albert was diagnosed with a torn ACL in her left knee and was told she needed reconstructive surgery.

To replace the ligament, doctors told her she had to choose between her hamstring or an artificial knee.

Albert said the circumstance of the situation overwhelmed her emotionally because she had never had any surgery of any kind, nor had she sustained any major injury.

After the surgery, she went through nine months of physical therapy to regain strength in her knee, which her physical therapist told her was the fastest recovery from an ACL injury that she had ever seen. 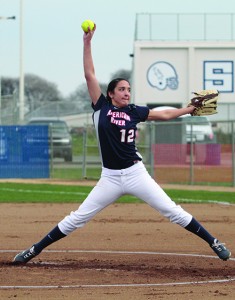 Albert pitching in her debut at Solano Community College. Albert is currently 15-12 with a 3.96 ERA in 28 appearances this season.

Albert was officially cleared following her recovery and was declared a medical redshirt by Sierra’s coaching staff.

She asked the coaches if she could return to the team the next season, but was told they no longer wanted her.

“That devastated me, and I could have lost my way,” said Albert.

After struggling while attending Sacramento State University, she was told by ARC infielder Michelle Tarlandoukht that the softball team needed a pitcher.

“(She told me that) I should try to get back into it, I’m really good, it will get me out of the house, its something I love to do, and so I came here,” said Albert.

Albert’s head coach, Lisa Delgado, said Tarlandoukht and Albert have been friends since the second grade.

“Michelle is good friends with Sharie. She was just working and not going to school. Without Michelle, Sharie wouldn’t be here,” said Delgado.

Albert said that she has regained her way now that she pitches for ARC.

Albert’s first career start at pitcher came this season when ARC opened on the road at Solano Community College, which she says was a big achievement for her.

“All I wanted since I got out of high school is I wanted to start a good college game … it was scary at first just because I didn’t know what to expect,” she said.

Despite her injury, Albert said she doesn’t think about her knee when she is playing.

“I can run as normal as I used to,” she said. “I’ve never been scared to do anything.”

Added Albert: “I haven’t used a brace ever except when I got injured. I don’t feel like I need it just because I always know there’s going to be pain no matter what I do, and so I’ve always just toughened it out.”

Albert said the experience of the injury has greatly influenced her.

“I think it made me mature as a person. It shows how much I love this game and how much I strive to do what I love,” she said.

Be the first to comment on "For ARC’s Albert, road from ACL tear recovery was more than just rehab"