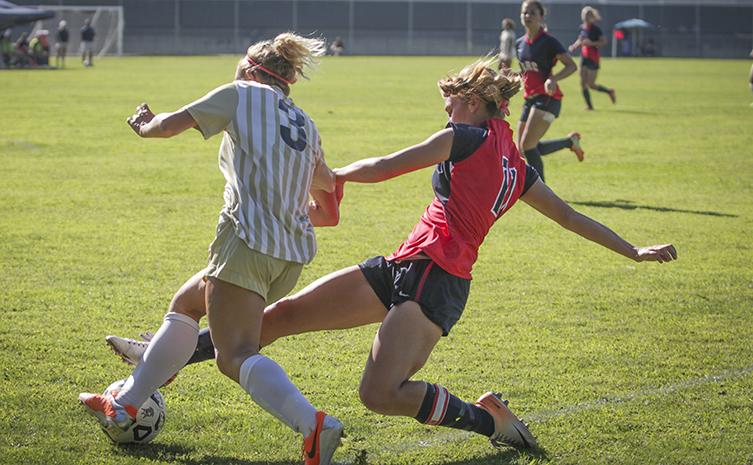 A second half goal by forward Theresa Cooper helped the American River College women’s soccer team to a 1-1 tie against San Joaquin Delta College in the first match of conference play.

The women have started off this season 3-1-2 and are doing much better than last season in which they had a record of 4-15. They are currently undefeated at home.

ARC started off the game with a slow pace that was noticed by coaches and players.

“We really aren’t a good first half team right now … we just need to get going faster,” Doss said.

The SJDC goal came when ARC freshman Sarina Somera tackled an opponent in the goal box, generating a foul. The resulting penalty kick from 12 yards away was made by SJDC sophomore midfielder Jamie Flores.

ARC came out ready to play in the second half looking like a new team.

“It was a tale of two halves, we were a little slow and out of sorts in the first half, and then in the second half we brought more energy and focus to the game,” assistant coach Rick Carrigan said.

Cooper scored her goal on a play that looked more like a pass than a shot.

“I was just holding my breath saying please go in, it was very exciting,” Cooper said.

The woman have high hopes for the rest of the season and are looking to “kick some butt,” Cooper said.

The ladies next match will be Sept. 26 at Modesto Junior College at 3:30 p.m.

Their next home match will be against Cosumnes River College on Oct. 3 at 3:30 p.m.

Local legend relieved of coaching duties by The Reds

Deadline looms for uninsured to sign up for coverage