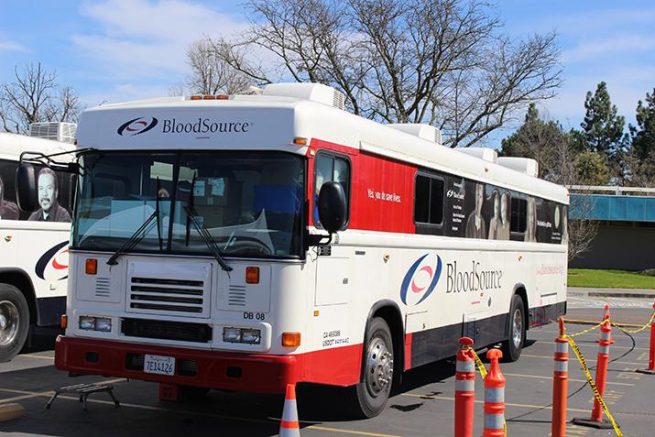 Disagreeably, gay men are unable to donate blood regardless of their HIV status. (file photo)

In the early ‘80s, rumors of a “gay disease” spread across America, completely misrepresenting Human Immunodeficiency Virus (HIV) as something only gay people—specifically men—could contract. These rumors were perpetrated by what is now referred to as the Acquired Immunodeficiency Syndrome (AIDS) crisis.

The AIDS crisis changed America and the stigma surrounding the LGBTQ community has skyrocketed. Today, more than 30 years later, gay men are still unable to donate blood regardless of their HIV status.

This is discriminatory and illogical on multiple levels, and new policies are needed to replace these homophobic ideologies.

The FDA’s, “Revised Recommendations for Reducing the Risk of Human Immunodeficiency Virus Transmission by Blood and Blood Products” guidelines state that all gay men must defer from having sex with another man for 12 months prior to donating blood.

Previously, the policy restricted any man who had ever had a sexual experience with another man from donating blood at all.

The Red Cross states on its website that, “the FDA’s decision to change the blood donation policy for men who have had sex with other men (MSM) from a lifetime deferral to 12-month deferral is consistent with other selection criteria that are used to safeguard the blood supply from equivalent risks.”

Essentially, gay men must still stop the acts that deem them gay and give up part of their identity in order to donate blood. The FDA requires that all blood collection organizations follow this ideology and its regulations.

The regulations also prohibit anyone who has had heterosexual sex with a male who has had sex with another male in the past year from donating as well.

Regulations like these are outdated, homophobic and unjust. These organizations are turning away people that just want to help. These same regulations also prohibit anyone that has ever had sex for money or drugs from donating blood as well.

The question arises, how can they regulate this system at all, especially with the knowledge that most people lie on medical forms and commonly also lie about their sexual histories?

“At present, there are insufficient scientific data available to determine whether it is safe to rely only on individual behavioral risk factors when determining donation eligibility,” the Red Cross says on its website.

The Red Cross says it continues to work with the FDA to gather additional scientific risk data to aid in determining if further changes are possible in the future but for now, the regulations stand.

“To protect patients, your blood is tested for several types of hepatitis, HIV, syphilis, and other infections. If your blood tests positive, it will not be given to a patient,” according to the Red Cross’ website.

The website adds that not every sample is tested, which seems insane considering the risks of blood transferred illnesses are far greater than just contracting HIV. If they have the ability and foresight to test the blood sometimes, they can most definitely test it in all situations.

However gay men are specifically targetted as being the highest risk to the blood supply.

The FDA classifies every gay man into the highest-risk blood-donor category. This is the same category as IV drug users as well as people who’ve spent more than five years in a country that has had a mad cow disease outbreak after 1980.

This means that a gay man, even with a clean bill of health, is still considered to be more of a threat to the blood supply than a straight man treated for chlamydia, gonorrhea, syphilis and genital herpes within the past year.

This is appalling and should be seen as nothing less than discrimination.

HIV can be transmitted through breast milk and vaginal fluids as well as semen and blood. So not only could straight men be carrying the disease, but gay and straight women could be carrying and transmitting it as well.

The Red Cross states on its website that they understand there is a difference between gender and biological sex, and that it is up to the donor to self-identify. This is a great thing for the LGBTQ community as a whole but does this policy actually make any sense?

Allowing people to self-identify on donor forms means that the people drawing blood could potentially have no idea that they are getting the blood of a biological male who has had sex with other males.

While the right to self-identify is fundamental, it completely undermines the authority of the anti-gay policies in place at blood donation organizations giving even more merit to testing every blood sample.

A more appropriate question to ask potential donors would be are they sexually active with multiple different partners in general. Regardless of the answer to this question and if the person is gay or straight the blood should still be tested to ensure the safety of others.

Doctors could communicate the donor’s sexually transmitted disease status to the blood collection organizations prior to blood ever being drawn, eliminating the blind faith that every gay man is a threat and potentially preventing actually infected people of all sexual orientations from donating.

Blood donation organizations could also test people for these diseases prior to taking donor blood. The benefits of this would surely outweigh the risks to public health and the blood supply.

Gay men are not monsters, they do not inherently carry diseases, and when it comes to donating blood they just want to give back and support their communities.

There is no diversity in dining options on campus