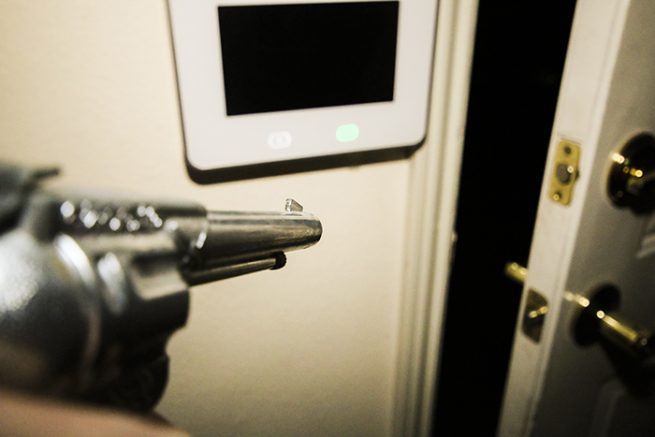 With gun violence on the rise and an increase of mass shootings being reported by the media, the discussion on gun control has been on the minds of everyone. Gun control isn’t necessarily a bad thing, and has the potential to lead to increased safety —  which is something that everyone wants.

However, there are people that aim to get rid of guns altogether, to ban them and take them away, and that just isn’t the answer.

This desire to ban guns can be blamed in part on some of the many recent discussions held by political leaders over the past few months. As educated as these politicians are, many of them are wholly ignorant on the topic of guns, with very little knowledge of guns and absolutely no understanding them or their place in society.

In parts of this country, owning a gun is a way of life.

The media plays guns as an instrument of destruction; they kill, maim and are always in the wrong hands —  but that’s not alway true.

Nearly 60 percent of the population of Wyoming owns a gun according to an article on thoughtco. However, Wyoming was one of only five states that did not have a mass shooting in 2015.

Comparatively, only 24.5 percent of Florida’s population owns a gun, and Feb.14 now marks the date of a tragedy during which 17 people were killed and 17 others wounded at Marjory Stoneman Douglas High School in Parkland, Florida.

I believe that one of the leading factors in how things have played out so differently between these two states comes down to a simple comparison: urban versus rural.

Guns have no place in schools; weapons have no place near children or innocent people trying to learn. Guns don’t belong on the streets, lined by houses where families sit together at night watching television.

However, they do belong in the hands of responsible adults who have been through proper training, know what a gun is capable of and have no desire to harm another human being.

As stated earlier, for some citizens owning a gun is a way of life, especially in more rural locations, such as most of Wyoming. A gun is needed for protection from people or animals, but a gun is also needed to eat in places with less available food, and to a lesser extent for sport, such as shooting competitions and the like.

The problem of misconceptions also stems from people simply not knowing the laws that are already in place.

Federal law states that a person 18 years of age or older may purchase a shotgun or a rifle, but cannot purchase a handgun until the age of 21.

Standardizing these laws so that every buyer in every state, licensed or unlicensed, has to pass a background check is a completely reasonable law.

That said, California has some of the strictest gun laws in the country.

Adhering to California law, a buyer must wait a 10 day processing period during which a background check is conducted. A person can own a registered assault rifle, but cannot buy one. A gun owner may also own a magazine that holds up to 10 rounds, though it is also illegal to drive out-of-state ammunition over state lines.

In addition, starting July 2019, background checks will be required for consumer ammunition purchases.

Now, these seem like great steps for increasing gun control. No assault rifles? Perfect. But it’s important to know what classifies as an assault rifle.

An assault weapon is classified as a semi automatic weapon, with two or more additional features. This could be as extreme as a grenade launcher mount, to something as archaic as a bayonet mount, or something as deadly as a bump stock, which was used in the Las Vegas shooting last October, when 58 people were killed and 851 others injured.

A semi automatic rifle typically fires one round for each pull of the trigger. Whereas an automatic rifle will continue firing until the trigger is let up, or the gun runs out of bullets — whichever comes first. The addition of the bump stock essentially blurs the line between the two types of rifles. It allows a semi automatic to fire at a much faster rate than previously possible.

“Possessing firearm parts that are used exclusively in converting a weapon into a machine gun is illegal, except for certain limited circumstances,” Attorney General Jeff Sessions said after the the Las Vegas shooting.

Automatic weapons do not belong in our society, as there is no purpose for them; they cannot be used for anything except killing people. The bullets are too small, and thus useless for hunting, and defending a house from intruders with an AK-15 assault rifle isn’t any more effective than a shotgun or handgun.

Americans should be able to own guns after undergoing proper training and background checks.

Should they be able to buy semi automatic weapons? No.

Should they be able to buy the equipment needed to convert their firearm into a semi automatic weapon? No.

The United States has progressed and grown as a society since the Second Amendment was written. Some say that because of our country’s growth, the reason behind the second amendment —  to defend ourselves against the uprising of a tyrant or unjust government — no longer hold true. That may be true but it doesn’t mean that guns no longer have a place in society. It just means that the roles guns have in our lives has altered through the years. And so we must develop new laws that both keep citizens safe, but also do not take away our rights.

Be the first to comment on "Despite recent calls for it, a gun ban is not the answer"