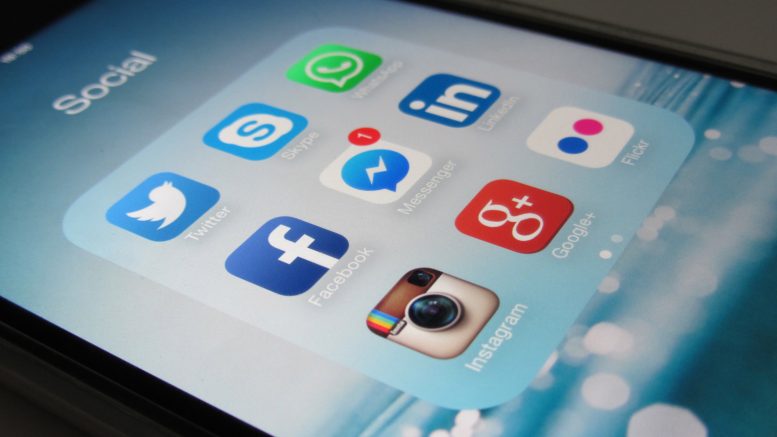 Social media captures our attention for most of our days. Lets give it some time off. (Photo courtesy of Flickr)

It used to be that in order to hear what’s going on with someone, or how they’re doing you’d have to go find and talk to them. Nowadays we have mass information about others in the palm of our hands.

Social media is a huge part of a college student’s life today: According to the Harvard Institute of Politics, IOP, “Facebook (87 percent), Twitter (47 percent), Instagram (45 percent), Pinterest (37 percent), Snapchat (34 percent) and Tumblr (19 percent) are all more popular among college students than among young Americans who are not in, or never have attended, college.”

Social media is meant to be a tool to connect with others. Instead it is dividing us and in addition to being less social in person, we may also be losing self-esteem.

Before everybody had a smartphone, people used to speak to one another in person. We still do, it’s just considerably less. Now we gather around and all stare at our phones and check our feeds instead of talking to the person sitting right next to us.

Family gatherings are now filled with chirps, and dings of other people’s lives seeping into the quiet room. By comparing our lives to others on social media, we may be compromising our confidence, and self-esteem.

Self-esteem is how someone measures his or her own worth. Social media, besides being a tool to connect with one another, is usually used to promote one’s self. People are constantly posting how great their life is, which may cause others to compare their own life to another’s whose life may seem exponentially better than theirs.

Recent studies have found a link between low self esteem, depression and Facebook use.

According to Igor Pantic, MD, a doctor in clinical immunology, cancer research, and biophysics, on an article he posted on “The National Center for Biotechnology Information,” web site, one reason that social media is linked with depression is that it leads to incorrect ideas about physical appearance, education level, and other characteristics. This is mainly because people can create new narratives about themselves on the internet.

It should be stated though that because of social media’s relative newness, that not all of this data is conclusive because it is a subject that has not had as much attention yet. However, in 1998 general internet use was studied. This was of course before Facebook was founded in 2004, but the study concluded a positive relationship between depression and internet use.

According to Rachel Simmons, social media can also be seen as a “toxic mirror” that causes us to self reflect on own images in a negative light. Rachel Simmons, a reporter for Time.com, reported that studies found that college girls who post, and comment on the most photos were likely to link their worth to their looks.

This “toxic mirror” effect is crafting negative body images in our mind, and because of things like photoshop, people are starting to think that people who look like greek gods and goddesses are the norm. When really there is a difference between flexing/posing for a picture, and how people look day to day.

A solution to this anti-social media isn’t to stop using it. It’s become so ingrained in all of our everyday lives that it’s becoming harder and harder to not use it. Instead, just practice moderation.

Don’t spend so much time on social media. Maybe take a few days off and see how you feel after that. You may feel refreshed and rejuvenated from not being a servant to social media.

Opinion: Think before you document

Opinion: Teachers should spice up the classroom