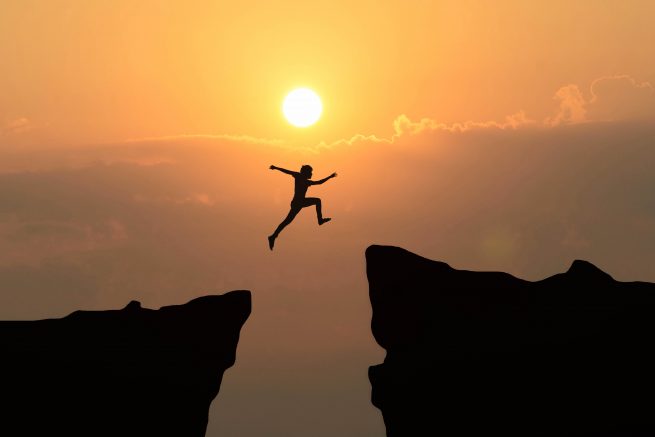 Brave spaces are a unique place that allow students to speak about issues currently bothering them. (Photo Courtesy of Shutterstock)

It was the Wednesday just after last November’s Presidential election. The mood on campus was at best, subdued. Those of us who did not vote for Donald Trump and what his supporters stood for were swinging on the continuum between somberness and outright anger with a hefty dose of fear. I needed some place to emotionally work through my inner turmoil.

I needed a space where I could do that, and that’s what A Brave Space is for.

College and University Brave Spaces are places where participants can explore and discuss controversial issues without fear of reprisal; a place for dialogue.

I think we all needed to talk. I know I did. I also needed to figure out how in the wake of an extremely vitriolic and pathetically flawed election, I was going to sit across from someone at holiday dinner, in class or at work who voted in favor of re-normalizing a culture of rape, racism and misogyny without losing my mind.

The Brave Space movement on college campuses was born out of the Save Space college campus movement during which colleges and universities all around the country created safe places where students, faculty and staff could meet and share their thoughts and feelings around controversial subjects.

According to her book “Mapping Gay LA” author and activist Moira Kenny states that the idea of “a safe place” arose in the in gay and lesbian bars in the 1960’s so that people could have a relatively safe place to be out and in like company. The movement then then spread  to the women’s movement “in the women’s movement, was a means rather than an end and not only a physical space but a space created by the coming together of women searching for community.” Kenney writes.

Universities and college campuses have since embraced safe places as a forum where controversial topics can be raised, but  much soul searching on these campuses, it was determined that a “safe place” was not enough to create meaningful dialogue because in creating a cocoon of “safety” many participants felt threatened when presented with an opposing view, especially if that view wasn’t presented “respectfully”.

The movement shifted perspective in that perhaps we needed to move from a safe place to discuss things to a brave space where folks could move past their fears with constructive conversations that fostered understanding.

Opponents of Brave Spaces say that we are coddling students, that Brave Spaces stifle free speech. In an article entitled” The Coddling of the American Mind published in The Atlantic in September of 2015, authors Greg Lukianoff and Jonathan Haidt, a constitutional law professor

And a social psychologist respectively, argue that  “The current movement is largely about emotional well-being…it presumes an extraordinary fragility of the collegiate psyche, and therefore elevates the goal of protecting students from psychological harm… It is creating a culture in which everyone must think twice before speaking up, lest they face charges of insensitivity, aggression, or worse.”

Some say that all we need to do is just have basic respect for each other. While that may be true, the fact of the matter is that with the onslaught of social media, people have lost their filters; they say things on posts in a way that they would never say in person. This has translated to real life where the public and pundits alike engage in vitriolic diatribes disguised as dialogue. The ability to listen as a viable communication skill has gone the way of the dinosaurs.

Brave Spaces are designed to remedy this and raise the standard of conversation to a level of effective listening, not just speaking your mind.

“A Brave Space are a good idea because a lot of times students and staff just want an authentic environment to really just express how they’re feeling. Brave Spaces have in the past and will be that place to be authentic…we want you to feel encouraged to share your story and your feelings about things” said ARC student Ashley Holly.

ARC’s Brave Spaces take it deeper so that participants, in the excellent hands of UNITES facilitators, can engage in meaningful, critical dialogue with others with opposing viewpoints.

It takes the emotional and elevates it to important; it is not a place for an intellectual exercise. My life wasn’t something insignificant. The lives of those I love are not something to be written off with a flippant, dismissive wave of “get over it.”

Engaging in critical dialogue and listening, I mean truly listening to others with completely divergent viewpoints is incredibly difficult. It requires you to trust in your vulnerability, and to trust others with it.

There were times when the conversation in the room with the Brave Space participants fell to the floor with a crashing thud. The silence was thick and sometimes painfully uncomfortable but I forced myself to let the silence do it’s work- the work of letting the expressed thoughts of others just sink in, I mean really sink in deep, to my heart and soul. Maybe then the screaming in my head, in my wounded soul would stop.

When the first speaker, a Trump supporter told her story, I wanted to get up and walk out right then and there. The same thing happened again when UNITE sponsored a second post-election Brave Space.

But I didn’t. I stayed because I knew that this is exactly what I needed. I needed to understand, I needed to listen.

Besides, if other people, especially students that have much more to lose than I  should Trump realize his campaign promises to deport, villainize or detain could be brave enough to be here, how dare I leave and still call myself an ally?

Truthfully, I don’t think it was easy for the Trump supporters in that room either, given the level of grief and anger. But as they shared their thoughts and hopes, I realized I needed to hear and process them so that I could understand their perspectives.

Notice I said understand, not necessarily accept. I will never accept when a people collude with forces that deny the rights of others.

I am grateful for these Brave Spaces, grateful that we have people willing to do the hard work of really trying to understand the world around them.

I wish we could take this nationwide, beyond the campuses, to our homes, neighbor to neighbor, community by community. We can’t leave reconciliation and healing the country to elected officials because it doesn’t serve their interests. It’s our country, it should be a brave, safe place for all.

To find out more about future Brave Space events, check out ARC’s campus event calendar or  contact the ARC UNITE Community and Diversity Center directly at [email protected]ios.edu  or check out their facebook page at