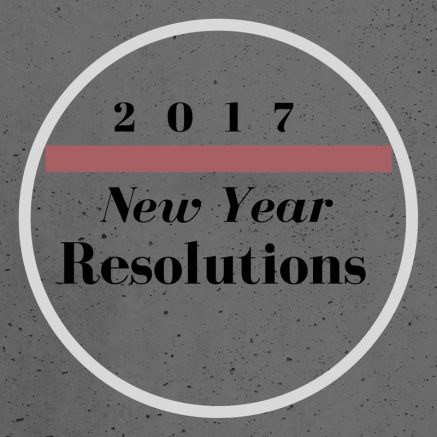 New Year resolutions are a cliche and typically don't work; students should rather focus on making habits that stick. (Photo illustration by Lidiya Grib)

The year 2017 began much like every year does: With new strategies to implement goals and resolutions for the dreams and ideas that we have for our lives.

We make new resolutions to lose weight, read more, improve on grades. We have such lofty and inspired goals for ourselves.

For many students, however, this strong motivation that impels us to change and improve our way of living only dies as we fail to stick to those goals.

The fact is, New Year’s resolutions are a social cliche and typically don’t work; so rather than making resolutions, we should look at our goals as habits we must form.

A big reason why New Year’s resolutions don’t work is that we try to take on big goals rather than small ones, according to Susan Weinschenk, who has a Ph.D. in Psychology and experience in behavioral studies.

“A lot of New Year’s resolutions have to do with making new habits or changing existing ones,” said Weinschenk.“If your resolutions are around things like eating healthier, exercising more, drinking less, quitting smoking, texting habits, texting less…or any number of other ‘automatic’ behaviors, then we are talking about changing existing habits or making new habits.”

Step 1: Make goals and resolutions but don’t stop there.

Setting goals is a good start, but we can’t expect major changes to happen if we try to swallow them at their overwhelmingly large size.

Most often, our goals tend to be vague, unachievable and unrealistic; we won’t just naturally be up to working out every day, keeping our diet, being organized, spending less, reading more or whatever that resolution is.

Whether we stick to them or not, making goals and resolutions is actually a sign of a healthy person. This just means that you want to change and improve on your life. Keep at it.

Step 2: Make realistic and specific steps to get there.

So we have these goals that we want to undertake; now what? Think of broad and general ideas and goals you have and make a specific list of how you can achieve those goals.

We want to automatically start or stop doing a particular thing, which is an unrealistic approach to how this process actually works.

For a resolution to be accomplishable, it needs to take a more realistic and specific form that involves making a path on how to reach that goal; make a step one, step two, step three, and so on. Or think of it as climbing a ladder to reach the top.

If your goal is to do better in your classes, make a plan and analyze how you can do that; maybe it’s by making more time to do the readings for class, take better notes, or not procrastinating.

Step 3: Look at it as making habits.

The end goal is to establish the goal or resolution as a routine behavior, or habit. What is so effectual about habits, and how do they work?

Habits are natural behaviors we don’t think twice about doing; they’re usually not big, dramatic life changers, but small day to day activities that come easy to us.

It takes the average person 21 days to form a habit.

On further inspection, this number would only apply if the habit being implemented is a small one, according to Jeremy Dean, author of “Making Habits, Breaking Habits”.

Planning to drink one cup of water with each meal would take less time to develop as a habit, while quitting smoking is one that would take longer to break, according to Dean.

Depending on the level of difficulty a habit is to make or break, a study showed that “it took 66 days until a habit was formed”, Dean explains in his book.

Although this number seems overwhelmingly big, it’s good to keep in mind that repetition leads to automation.

To achieve anything “requires regular application of effort over time”, Dean says in his book.

Start with one small goal in a specific area, add to it over time and grow in that area before going to the next goal.
Last of all, anything that we truly see as important is something we will work to achieve or change. So build habits.

“Breaking the Code” presents the story of Alan Turing

Be the first to comment on "Opinion: Developing habits versus making resolutions"