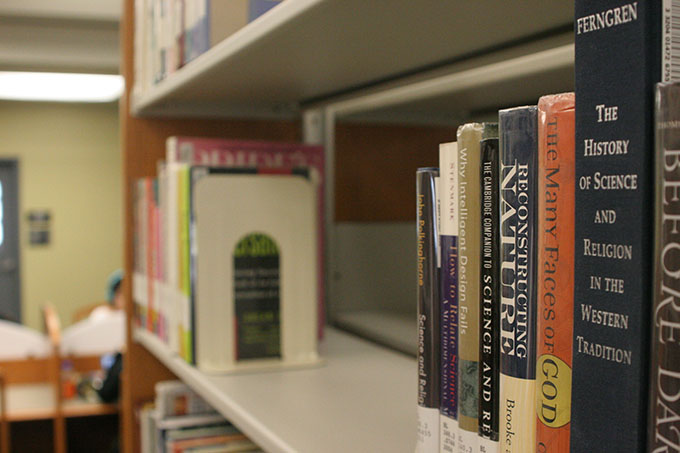 The importance of philosophical education is that it teaches us to critically examine our own beliefs.

The purpose of education should not only be to teach concepts like the utilitarian use of grammar and mathematics, but also to inspire critical thinking and uncover the origins of the ideas we take for granted.

This can be more heavily encouraged at the community college level by requiring students to pass a philosophy requirement in pursuit of their degrees.

Nevertheless, it is entirely possible that a student can graduate or transfer from ARC without having taken a single philosophy course.

English classes require reading books and plays that are among the greatest works of English language literature – such as “Julius Caesar” and the poems of Emily Dickinson – in order to enlighten us to the history of our culture and language.

Similarly, introduction to Plato, Socrates, St. Augustine, St. Thomas Aquinas, Immanuel Kant and Friedrich Nietzsche enlightens us to the history of the ideas that we as students float around as if they’ve always been there.

It was Nietzsche who spoke many of the ideas that became cornerstones of Nazi philosophy. He also helped popularize the notion that the individual and individual desires are the only standard of values.

We might consider this idea an abstraction, but it is incredibly influential in conversation, movies, literature, and discussions of ethics today, even over one hundred years later.

But many people don’t know the origins of this idea, just as they may not know that the founding fathers’ notion of what American government should look like was greatly influenced by Plato’s historically impacting dialogue, The Republic.

But philosophy is not just about learning about philosophers. We also gain the tools to think about our beliefs, especially those beliefs upon which we base our lives, from a critical and logical standpoint that challenges our preconceived notions.

Philosophy has always been a cornerstone of abstract thinking, giving individuals the opportunity to expand their thinking beyond established social constructs.

David Lopez is a philosophy professor at ARC. He said he was unsure why philosophical education is not required at the institution, but he nevertheless strongly encourages it.

“Philosophy asks fundamental questions about the meaning of life and moral right and wrong and how to critically reason,” said Lopez. “How can this not be an important component of any education?”

Lopez repeated the words of Plato: “The unexamined life is not worth living.”

We all need time, especially in an age of abundance in information, to reflect upon the fundamental questions.

When we do so, we should have the background to understand where the ideas in our heads come from.

When we do so, we should have the ability to think logically and not wishfully. For as St. Thomas Aquinas said, “A man has free choice to the extent that he is rational.”