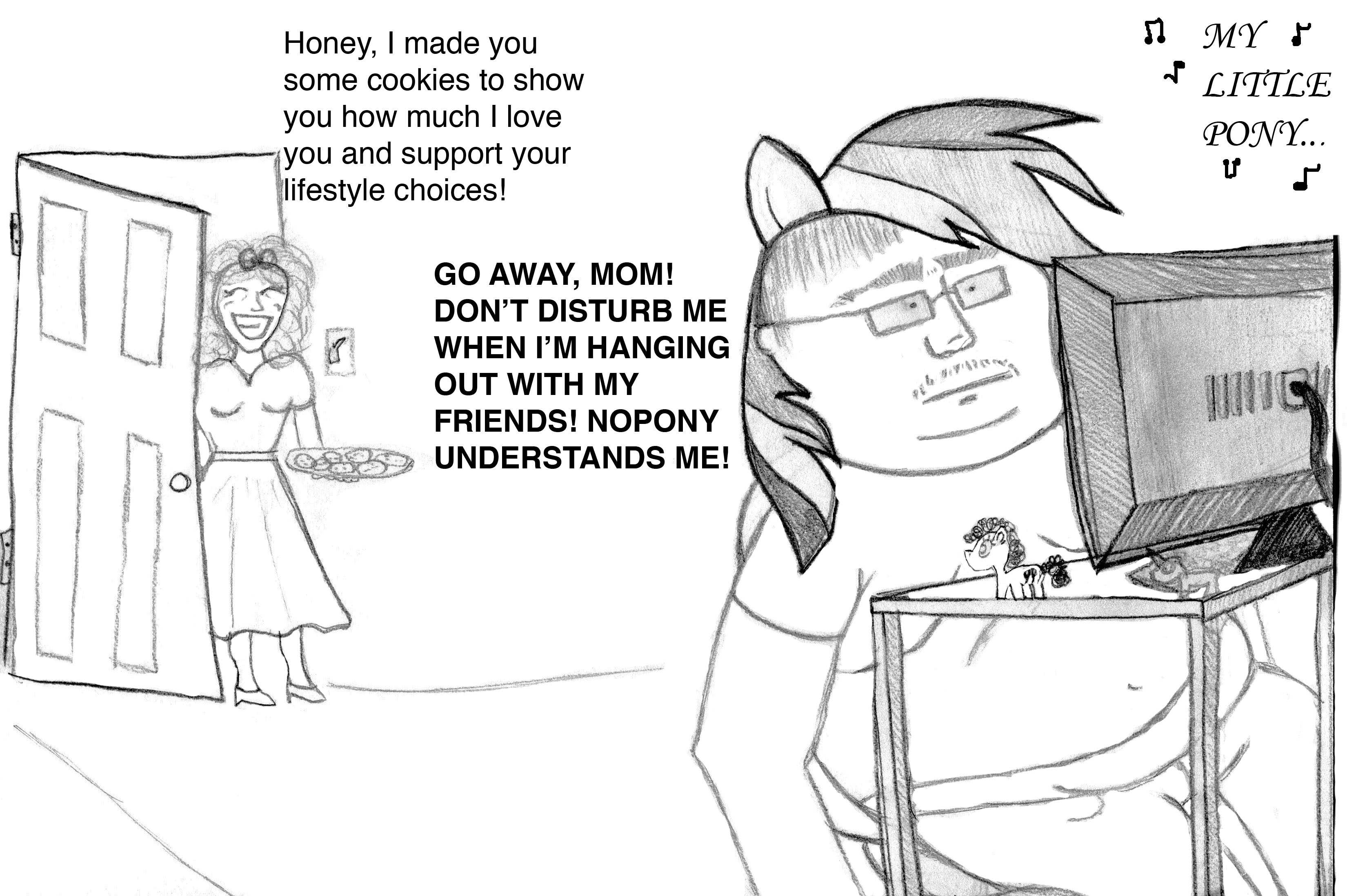 Generation Y is unique in that members are encouraged to be whomever they want – more often than they are told to be responsible, civilized adults – no matter how shameful or awkward they choose to act.

Many parents in the ‘80s or ‘90s failed to instill values of integrity and accountability properly in their children and, as a result, produced America’s most outrageous wave of immature adults.

A prime example of a result of this coddling is “Bronies,” overzealous 20- and 30-something fans of the cartoon show intended for young girls, “My Little Pony: Friendship is Magic.”

The show focuses on six different ponies that live in the kingdom of Equestria and learn how to be better friends by the end of each episode by using their individual talents to help others.

There is nothing wrong with the show and it is actually well-received, raking in a viewership of 4 million per month.

However, the strange adult fandom for the show came as a surprise even to the creators.

A documentary entitled “Bronies: The Extremely Unexpected Adult Fans of My Little Pony,” which recently became available on Netflix, chronicles the lives of a few male fans of the cartoon as they prepare to attend BronyCon, a convention for fans of My Little Pony held in various places around the world.

The documentary has come under some criticism by only focusing on the few positive aspects of the adult fandom and mentioning nothing about the subculture of Bronies who sexualize the cartoon.

The Internet is a breeding ground for immature and disturbing man-children. Sites such as 4chan.org and reddit.com provide, on certain boards, fan-produced sexually explicit content depicting pony characters from the show.

This sexualization of an innocent children’s show is why we can’t have nice things.

These adults can’t seem to allow children to have their own show and enjoy it without spoiling its innocence. The show has to be ruined and corrupted by the Bronies who think it’s acceptable to pretend that fictional ponies are their non-fictional girlfriends.

Thinking that this outrageous behavior is normal is a direct result of a lack of shame from the adult fans due to the enabling attitude of their parents.

Adults should not behave so immaturely and childishly. They chose this lifestyle, it didn’t choose them.

Opinion: Use your brain, not alcohol or drugs