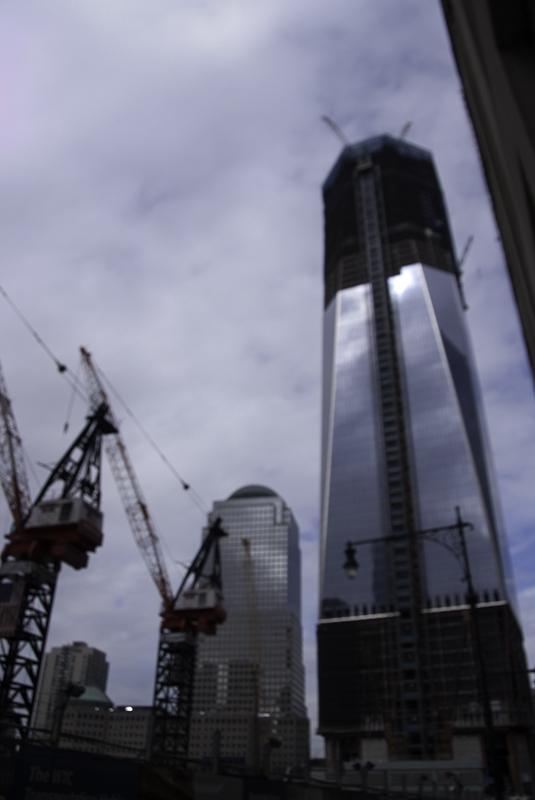 Ground zero being prepared for new construction in May of 2006. (Photo by Chuck Livingston)

Ten years later after the worst terrorist attack on American soil, we are still coming to terms with the painful memories of an event that forever transformed our nation.

Many remember that fateful day in terms of lives lost or dollars spent in subsequent wars. However, there is another 9/11-legacy to contemplate: that of America’s resilience.

The terrorist attack on America affected many people — physically, emotionally, or mentally. People felt anger over the attack of the country and fear that there was more to come. A great sadness swept the U.S. and people mourned the more than 3,000 people who lost their lives. And then came the prolonged uncertainty that seems to define the past decade.

Nevertheless, we continue to show our resiliency by going on with our everyday lives. In the subsequent years, have faced other tragedies on our own soil, such as Hurricane Katrina, and more recently, Irene on the East Coast. In addition, have helped other nations through their catastrophes, such as the earthquakes in Haiti and Japan.

America may have its problems, but we are not a nation of quitters. Now, this same attitude will have to be shown in order to get through our current and future problems, including high employment and partisan gridlock in Washington.

America has always found ways overcome hardship and prosper. And now more than ever, this is the time to come together as a country.

Students are currently facing their own version of hard times. School tuition goes up every year and the number of classes keeps declining with every government cut. Students are finding it difficult to get classes they need to finish school and get the necessary degrees for jobs.

The job market has also been hit hard, which means that even if students finish school there aren’t enough jobs to accommodate everyone. With fewer jobs available, students are often forced to move back home with their parents to save money. Those who qualify rely on financial aid, which is getting harder to receive as well.

The budget crisis continues, and Washington seems to spend more time and energy posturing before an election year than fixing the actual problems that threaten our nation’s future.

Sept. 11 was not the first life-changing event of our nation nor will it be the last. We will never forget those who gave their lives for the country and we thank them. We also remember those who are risking their lives overseas. It is because of their bravery and devotion to fight for our country that we can live as we do.

So times may be rough, but America will prevail. And perhaps that’s the greatest lesson to be learned from Sept. 11.

The kids are alright

Be the first to comment on "The true legacy of Sept. 11: American Resiliance"