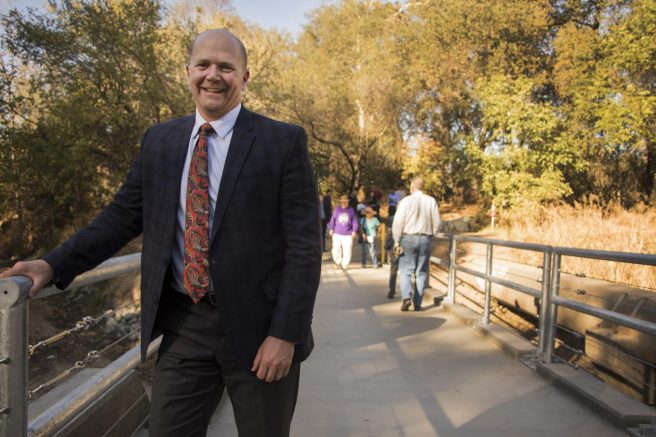 American River College President Thomas Greene will retire from his position on June 30, 2020.

Greene first came to ARC in August 2014 to replace former president David Viar, who became president of the Glendale Community College District, according to the Sacramento Business Journal.

“As principal, my main function is to support faculty and staff, who are incredible people and it continues to be an honor to be a member of this community,” Greene said in an email interview with the Current.

Greene said one of the reasons for his retirement is because he wants to pursue humanitarian ventures with his wife.

“We are also looking at joining the Peace Corp. or other, similar volunteer opportunities as a way, outside of education, to serve, and make a positive difference in other’s lives,” Greene said.

After Greene retires he says he is interested in hiking at various places, like the Camino De Santiago, as well as areas in Wales, Scotland and South America.

The search for a new president will begin next semester.

“ARC will start searching for a replacement for me in spring 2020, the way in which they do so will be with the community’s input, which is a concern to the Board of Trustees,” Greene said.

The qualifications and process of selecting applicants for his positions will be determined by the Los Rios Chancellor Brian King and the Los Rios Community College Board of Trustees, according to Greene.

“They Gather feedback about the characteristics necessary to effectively lead the college, they then check internally and externally for candidates,” Greene said.

After the replacement is hired, Greene says they will have some shoes to fill.

“They are part of an important community, and as president, making a difference is less about creating something, and more about fixing the issues for our students and faculty,” Greene said, as advice to his replacement.

Kaur said Greene guided the campus through a critical time.

“Greene played a vital role in supporting the college as we worked through the process of developing a new strategic plan, which included a new vision, mission and commitment to social justice and equity,” Kaur said.

“Life is not always fair or easy so be tenacious in the pursuit of your goals. You are worth it,” Greene said.