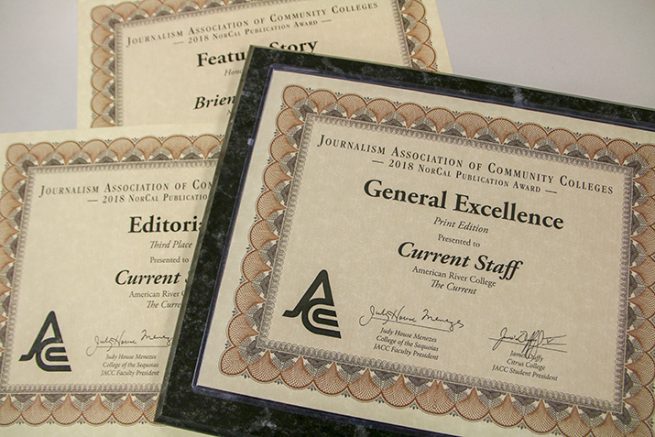 The American River Current walked away with 13 awards after attending the Journalism Association of Community Colleges NorCal Conference at San Joaquin Delta College in Stockton, California on Nov. 3.

The conference includes journalism programs from community colleges across Northern California. Student journalists spent the day attending workshops and competing against each other in on-the-spot journalism competitions.

The Current won awards for on-the-spot competitions and submissions from previous semesters, including a General Excellence award.

Campus Pulse: “How do you prepare for finals?”

Be the first to comment on "Current brings home 13 awards"