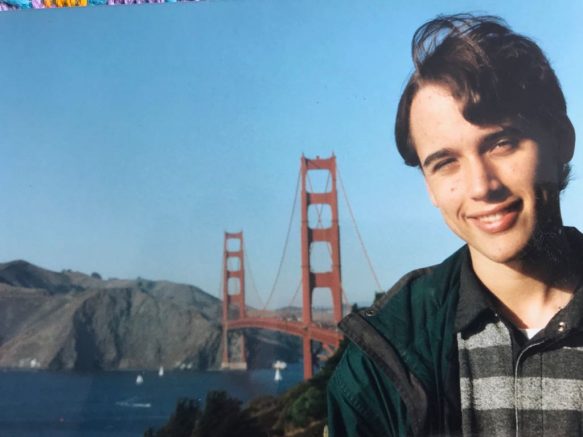 Adrian Lamo, the controversial “grey hat” hacker best known for reporting Chelsea Manning to the FBI and hacking into the websites of the New York Times, Yahoo, Microsoft and other companies, was found dead in his Wichita, Kansas home on March 16 at the age of 37.

Lamo attended American River College in the mid-2000s following a court order from a judge after hacking the New York Times website in 2002.

Mario Lamo, Adrian Lamo’s father, said that his son simply added his name to the list of contributing writers on the Times’ website.

“The New York Times wanted to prosecute Adrian to make an example out of him. They went after him with their lawyers to prove a point,” Mario Lamo said. “But Adrian learned his lesson; he never hacked another company again.”

It was while at ARC that Lamo joined the Current during his second semester and applied his skills towards helping the newspaper.

Mario Lamo, who still keeps his son’s old newspaper clippings, remembers Adrian Lamo’s days on the Current as some of the better ones of his life. 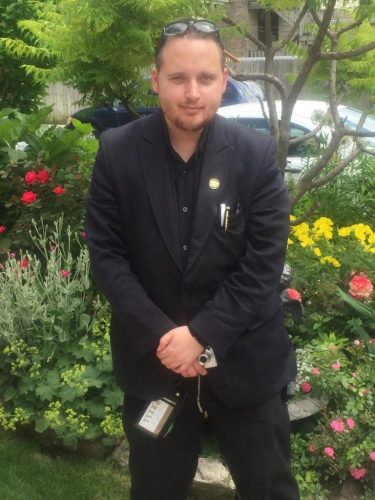 “He felt at home there. Adrian loved writing so much,” Mario Lamo said.

Andy Stangby, who served as editor-in-chief of the paper at the time, said Lamo initially joined the Current because it gave him internet access — something the judge had restricted Lamo from having as part of his probation sentence.

“This odd little man we’d never seen before walked in and said: ‘Hi, I’m Adrian Lamo,’” Stangby said. “Then he just sort of started hanging out. He wasn’t on the paper right away but he was always in there on the computers. I think that’s when he decided he wanted to be a journalist.”

Once on the school paper, Lamo used his “grey hat” hacking abilities (or in other words, his willingness to violate laws without malicious intent) to help the Current on multiple occasions.

Carol Terracina-Hartman, who served as the faculty adviser to the paper while Lamo attended ARC, said she once saw Lamo hack into the cameras of the Sacramento County Courthouse in order to track down the subject of an article.

“Adrian sat there on the computer and somehow tapped into the cameras outside of the courthouse. I don’t know how he did it, but that’s the kind of student he was; he was brilliant,” Terracina-Hartman said. “You can’t teach that sort of innate curiosity. Adrian had that long before he was on the paper.”

Terracina-Hartman also told a story about the time Lamo hacked into the computers of the California State Capitol to find out where a teleconference between the California Community College Chancellor and dozens of reporters was taking place.

“After Manning was pardoned, Adrian told me he was relieved. He never thought [she] should have been punished the way [she] was. He was always very sorry about Manning.”

Terracina-Hartman said Lamo was able to pinpoint the chancellor’s location within the Capitol, allowing Current reporters to find him for an interview when he finished the conference call.

Terracina-Hartman and Stangby praised Lamo’s abilities as a journalist, but said that Lamo struggled with deadlines.

“You could give Adrian an assignment and guarantee it wouldn’t come in on deadline. He would turn it in late and turn in a totally different assignment,” Stangby said. “He found a way to put himself in every story he wrote. You don’t really see that at the community college level — he had a gift.”

Terracina-Hartman echoed that sentiment and said that Lamo often overindulged himself with his writing.

Matthew Keys, fellow journalist, said Lamo’s genius was undeniable; it was what he did with his talent that bothered Keys.

“He was so bright. He was so smart. His biggest obstacle was himself. It was an obstacle he couldn’t overcome,” Keys said. “He had a brilliant mind but rather than try [to] better society, he used it to satisfy himself.”

Keys was released from federal prison on Feb. 28 after serving 18 months. He was convicted of allowing the online group Anonymous a backdoor into the Los Angeles Times’ website in 2015.

Lamo and Keys had a cordial relationship in the mid-2000s. They spent time in the same social circles and shared common interests in journalism and computers. Keys also attended ARC.

In May 2010 Chelsea Manning (formerly known as Bradley Manning), a private first class in the United States Army, reached out to Lamo to take credit for a series of leaks of highly classified government material that had been uploaded to the website Wikileaks earlier that year. 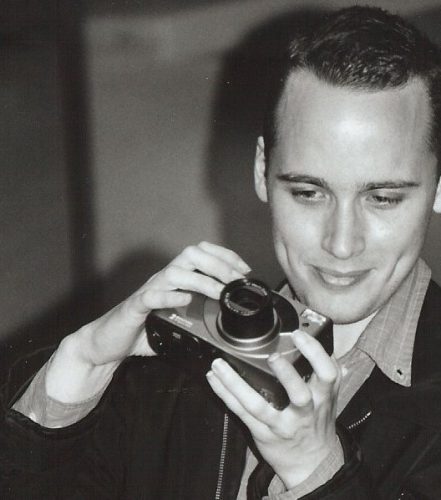 The leaked material included the video “Collateral Murder,” which depicted an airstrike on a group of Iraqi civilians. Among the group were two Reuters war correspondents. The attack killed between 12-18 Iraqi men and the reporters. The U.S. government did not take responsibility for the attacks until after the footage was leaked.

During the online conversation Lamo assured Manning that they were speaking in confidence.

Lamo would later turn their chat logs into the FBI and the Army’s Criminal Investigation Command. Manning was arrested, and eventually pled guilty to espionage, theft and aiding the enemy — among other charges.

President Barack Obama eventually commuted Manning’s sentence and Manning was released from prison on May 17, 2017.

Lamo’s involvement in turning Manning in to the authorities saw him lambasted by hacking communities all over the world. He was seen as a traitor by some, and a patriot by others.

For Keys, and many within the anti-Lamo community, Lamo abused Manning’s trust.

“Adrian preyed on her vulnerability and trust. I don’t think he ever understood just how manipulative he was,” Keys said. “Because of Manning, we were able to get a complete picture of what happened. She didn’t want fame or notoriety. She saw something that was wrong and wanted to tell the American people about it.”

Keys said that during his time with Lamo, he saw glimpses of a remorseless person.

“I think a lot of times he did things for no reason. The reaction was all that mattered to him. He thrived in the limelight, it didn’t matter whether it was good or bad,” Keys said.

But for others, Lamo did what he thought was right.

“[Manning] sent him files and compromised him — [Adrian] was already a felon. Manning should have known that [she] could get Adrian in a lot of trouble by sending him the files,” Mario Lamo said. “[Manning] shouldn’t have done that. Adrian had to make the decision he thought was best.”

“I don’t think he was a snitch or a rat. Adrian didn’t betray anything. In his mind, whether it was right or wrong, Adrian did what he thought was right,” Stangby said. “He was self-centered in a selfless way — if that makes any sense. He didn’t have a single negative bone in his body. He was probably the kindest, gentlest person I’ve ever met in my life.”

Lamo’s reputation within the hacking community took a nosedive after the Manning debacle.

The Lamo family began receiving death threats at their home after their address was publicized online. It eventually got so bad that the entire family fled their Carmichael home and left the country, according to Mario Lamo.

He added that Adrian Lamo never had the intention to hurt Manning. Mario Lamo claims that his son felt that Manning’s sentence was much too harsh.

“After Manning was pardoned, Adrian told me he was relieved. He never thought [she] should have been punished the way [she] was,” Mario Lamo said. “He was always very sorry about Manning.”

Lamo spent the last few years living out of the public eye. When this reporter reached out to Lamo in December about the possibility of profiling him for the Current, his response was less than positive.

“I don’t do interviews anymore except under exigent circumstances … My current work has me staying out of the public eye. It’s not that I can’t talk to the press, it’s just that anything I say is controversial,” Lamo said in a direct message. “There’s the avatar of me on Google or Twitter, created by media and mythos, and then the actual guy. Most people don’t make it past the first to get to the words.”

At the time of his death, Lamo lived alone. The Wichita Coroner’s Office estimated that Lamo’s death occurred on March 14, but his body was not found until March 16.

Upon finding out about Lamo’s death, Wikileaks editor Julian Assange posted a message to Twitter on March 16 calling Lamo a “snitch.”

But, for those close to Lamo, they didn’t lose a controversial public figure — they lost a family member and a friend.

“Adrian suffered from depression and anxiety his entire life. The constant attacks only made that worse,” Mario Lamo said. “The last time we spoke, which was his birthday, Feb. 20, he told me he didn’t have any hate in his heart for the people that spoke badly of him. That was my son, that was Adrian.”

“You know, he was like one of my kids — it feels like I’ve lost a kid. There was a real gentleness in him,” Terracina-Hartman said.

Keys had a strained relationship with Lamo towards the end of his life and talked about the realization that Lamo could no longer contribute his gift to the world.

“It was so frustrating when he was alive, and now that he’s dead, it’s just disappointing. Now he’ll never get a chance to impact this world the way those close to him knew he could,” Keys said. “It’s sad; it really is a tragedy. My heart hurts for his family. He had so much potential.”

Mario Lamo said that he hopes his son can finally rest now that he is gone.

“They were still bad-mouthing him even while we were mourning his death. But somebody did write to me after his death to apologize for the things they had said about Adrian. They told me that they finally saw past the image of him created by the media,” Mario Lamo said. “I just hope that the world sees Adrian past Manning. He had so much to offer. He had the knowledge to do anything he wanted with computers but he didn’t. He wanted the people of the world to be as curious as him.” 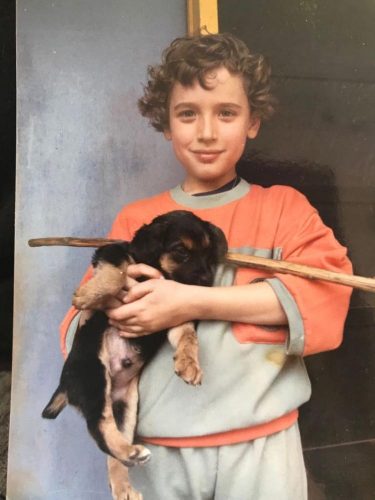 Carol Terracina-Hartman was originally only referred to as: “Hartman.”