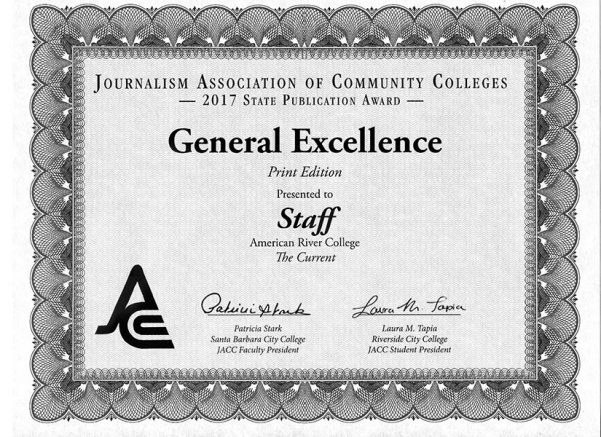 American River College won 18 awards during the annual Journalism Association of Community Colleges (JACC) State Convention over the weekend of March 30, to April 1, in Sacramento. (Photo by Mack Ervin III)

Over the weekend, American River College was one of over a hundred schools to attend the annual Journalism Association of Community Colleges (JACC) State convention at the DoubleTree hotel in Sacramento. Schools are encouraged to submit articles and photos from the past year for its awards shows, and are also encouraged to participate in “On the Spot” contests for separate awards. ARC took home several awards including the general excellence award for The Current and the DAM! magazine publications, a meritorious award for enterprise news story for our coverage of the “sextortion” scandal last year, and Honorable Mentions for several other awards like News Photo, Illustration, and Magazine Layout. See Below for a full list of the 18 awards won by ARC.