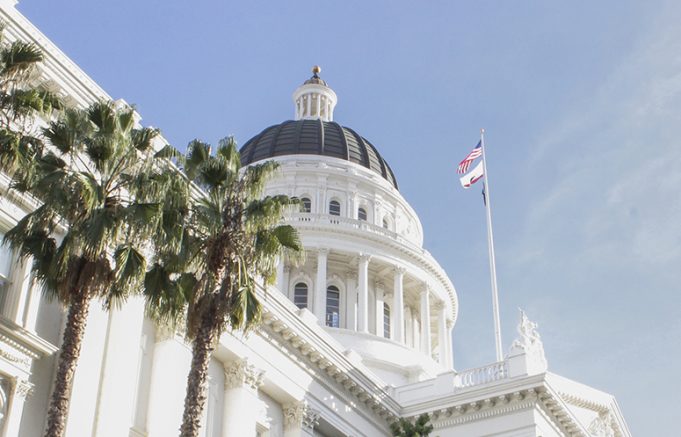 Governor Jerry Brown vetoed Assembly Bill 2017 this weekend, ending a long fight for the passage of the bill. (Photo by Hannah Darden)

Assembly Bill 2017, which was written to create a funding stream for California community college mental health programs, was vetoed by Governor Jerry Brown on Sept. 24.

It passed unanimously in both the California State Assembly and Senate during this year’s legislative session, and was sent to the governor’s desk on Sept. 7.

The bill will be returned to the legislature, and a two-thirds vote in each house is required to overrule the veto.

Dean Murakami, ARC psychology professor and president of the Los Rios College Federation of Teachers, said he is “extremely disappointed that it was not signed.”

“I don’t think he recognizes how serious of an issue mental health is for our students,” Murakami said. “We will continue to work with several groups to push this issue forward. In the end we will prevail, I have no doubt.”

ARC psychology professor and Life is Worth the Walk club faculty adviser Peg Scott said “the fight’s not over. We’ve only just begun.”

“In the past 5 years, we’ve raised so much awareness for student issues, homelessness and mental health,” said Scott. “We’ve been working, and people get it. All is not lost.”

In his veto message, Brown said “while well-intentioned, the bill is premature as it commits to a particular program structure without specifying the amount or source of funding.”

“AB 2017 had a specific source of funding, but the legislature removed it from the bill,” Murakami said.

Murakami also said the bill’s supporters will work “on all sides” to pursue mental health funding through new legislation or through the statewide community college budget.

“We’re getting the right people on our side. Community college administrators, state legislators. It’s possible we could get a budget item and pursue it that way.”

According to Murakami, the California Community College Board of Governors has proposed $25 million for college student mental health in their budget proposal to the legislature and Governor.

“If the budget goes through, we’ll be ahead of the game,” said Scott. “That’s where we’ll be putting our efforts. … We need to take care of each other, and that starts on campus.”

The ARC community worked closely with the Faculty Association of California Community Colleges (FACCC) on the passage of AB 2017.

In an email, FACCC’s Director of Communications, Austin J. Webster, said the organization is “disappointed with Governor Brown’s decision to veto AB 2017, which would have been an enormous step toward providing mental health services to thousands of students across California.”

“We are grateful to Assemblymember McCarty and his staff, the Steinberg Institute, and the numerous stakeholders who helped see AB 2017 through the legislative process … and we look forward to a continued dialogue on campus mental health in the coming months,” said Webster.