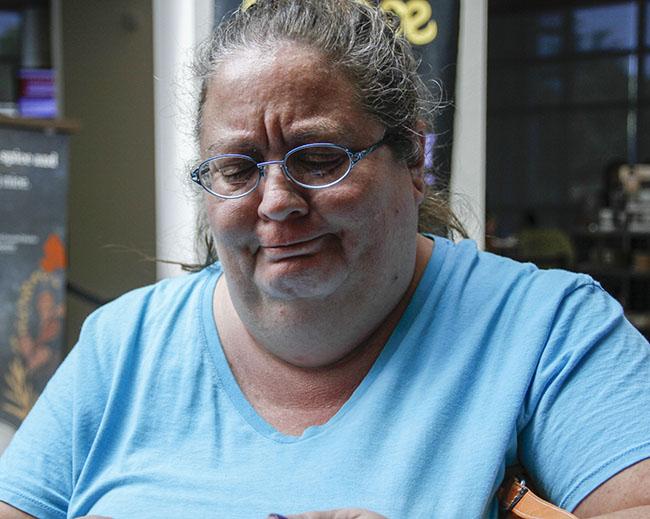 Tamara Dunning was elected as ASB Student Senate president by a margin of one vote, according to the unofficial results of last week’s special election announced by the Center for Leadership and Development Friday.

“I’m extremely grateful and just humbled,” Dunning said. “77 to 76 is a real indication of the diversity on this campus.”

Riley, who was elected ASB Student Senate president in last spring’s election over Dunning by a margin of 62 votes, but whose election was invalidated for reasons the administration and the ASB have not disclosed, says the election was stolen.

“I think they rigged the election,” Riley said. “The only way they could beat me was to rig it so the numbers would be low.”

“I see the commonality with last year when I was kept from running because of one signature,” he added. “She is their puppet. She’ll do whatever they want. I’m a student representative not an administration representative.”

Dunning sent a text message to Riley upon learning the results.

“Jorge thank you for one hell of a campaign,” it read. “One vote difference…I hope we can continue to work together.”

Nevertheless, Dunning thinks Riley should have been disqualified rather than the results invalidated.

“You have to respect the process,” she said. “You want an honest answer? You want it on the record? I think the invalidation should not have happened if there was clear evidence with a campaign violation that was grievous enough that a candidate should have been disqualified.”

Dunning, who ran on a platform of being “100 percent transparent, 100 percent of the time,” gave the Current a copy of her unofficial school transcript and signed a release of records document allowing any student to see information concerning her spring 2014 race for president.

She has also spoken off the record with Current reporters on two separate occasions over the past week.

Dunning says she believes students should be able to see partial reports of campaign violations.

“I would be happy to have legislation introduced for making this a better process,” she said. “I think the election violations should be released.”

Shayana Mendes, Nancy Lopez, and Jasmine Habibeh were elected to the board as senators. Mendes previously served as a senator last semester.

Only 153 votes total were cast in the presidential race, compared with 457 votes in spring’s race.

Students expressed apathy towards the election.

“I don’t really care,” business major Michael Cook said. “Nobody has ever listened to me in my life. It’s always what they want.”

Alexis Jane, a marketing major, says the ASB is disconnected from the lives of the students.

“The things the students want to get done never get done,” she said. “It’s a waste of time.”

ASB student senator Jose Garcia did not vote in the special election.

“Honestly, all I have is an excuse,” Garcia said. “I put it in the back of my mind and I was focusing on homework and other things.”

Senator Cameron Weaver also did not vote. He maintains this was a protest against the invalidation of Jorge Riley’s victory in the last election.

“I was outraged the election was called into question in the first place,” Weaver said. “It was my way of protesting.”

Dunning said she was “disappointed” in the low turnout.

“I’m disappointed in the number of votes cast,” she said. “We can do better. We need to better in this part of the outreach that I’ve been talking about for a while.”

Dunning indeed campaigned on reaching out to students on campus.

“We really need, especially at ARC, to not just build a bridge, but to cross that bridge between the senate and the student body,” Dunning said. “It was very enlightening coming back from G.A. (the General Assembly of California Community Colleges) and showing students our logo. Only two of 200 knew what it was. It shouldn’t be that way.”

“Our outreach needs to be better than it has been. We’re not reaching students,” she added.