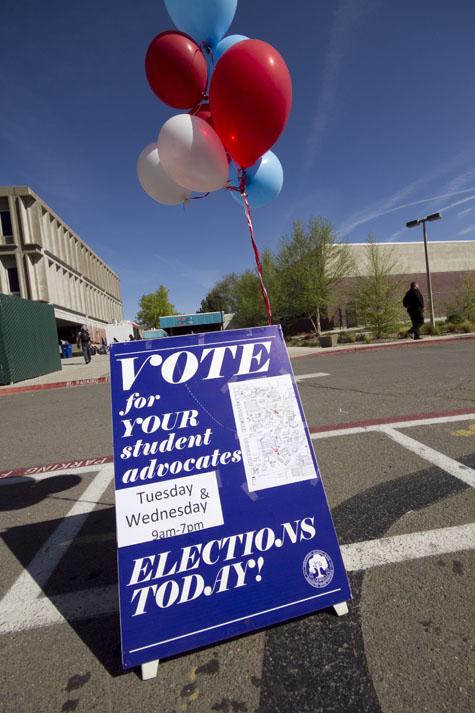 Although running unopposed, the candidates could face “no” votes. If the two receive more “no” votes than “yes”, the senate elect will vote on the executive positions. The candidates will find out the results of the election the 18 or 19 and the rest of the student body will be informed the following week.

“There is something about representing other people’s voices that makes me inspired and makes me take my job seriously. If you are going to stand up for somebody else’s voice, you better do it the right way.” Robey continued,  “I take it very seriously and personally.”

The two, running on the same slate, have a very progressive ticket, from culturally uniting the campus to facilitating a green waste program. Vice presidential candidate Kipuke says, “I believe you have to be a versatile leader.”

Robey’s main issue for action, a lack of involvement of the student body and/or campus as a whole, has lead the two to begin their positions with recruitment. By recruitment, Robey wants her peers to understand the importance of being involved in the decision making and happenings around campus, both politically and legislatively.

Robey and Kipuke boast the need for a more accountable student senate, and with that progressive change will come. Robey says she would personally mend relationships broken from past senates.
Kipuke reaffirmed her thoughts, “The promise I make here by backing her up as (vice president) is that I am going to make sure that I take accountability for actions made.” His role is to enforce actions approved by senate, instead of typically letting things go unattended.

Their credo, “Get to the point,” promises a proactive and productive, rightfully represented senate coming fall 2012.

Not too giant a leap for mankind