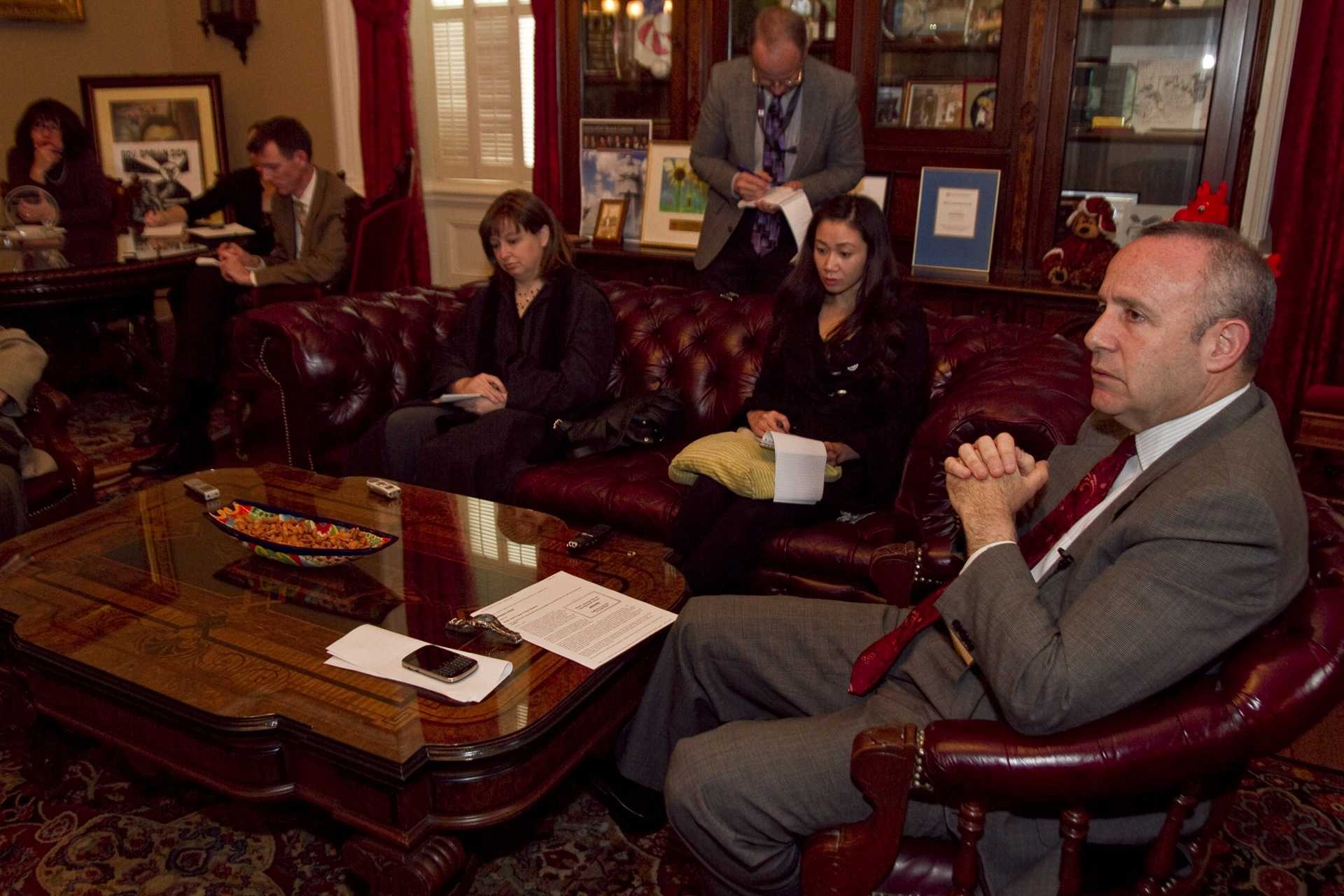 Every year, thousands of community college students, teachers and administrators come together at the State Capitol to rally against the rising cost of education at March in March.
One leader sympathetic of the challenges of affordable higher education is California Senate President pro Tempore Darrell Steinberg. To help ease the financial burden for students and their families, Steinberg introduced two bills, SB 1052 and SB 1053, into legislature on Feb. 8, 2012 that outlined a project proposal that could cut the costs of textbooks for college students.

“These are a couple of my lead bills this year,” Steinberg said in a recent interview with The Current. “Textbooks are far too expensive for most college students. (I want) to reduce the cost of instructional materials.”

The $25 million state led investment to establish Open Education Resources (OER) would make materials for the 50 most widely taken, lower-division courses free online, or $20 or less for a hard copy. Another provision of the bills would require textbook publishers to provide each campus with at least three copies of the books, at no cost, to be place on reserve at campus libraries.

Steinberg’s bills also call for the production of learning materials for the 50 most popular courses across the three college systems in California to be bid out and reproduced in an open source format. Non-profit and academic organizations, textbook publishers, and Silicon Valley developers would compete to generate the resources to be made accessible on the Internet, and allow for the materials to be updated.

Critics of OER have compared Steinberg’s initiative to a Wikipedia for textbooks and have questioned the quality of the materials. To ensure that only top-notch resources would be made available, Steinberg also proposed the development of a nine-member council composed of faculty leaders from the University of California, the California State University, and the California Community Colleges to oversee the production.

Although facilitators would not be mandated to use open source textbooks, Steinberg emphasized their ability to teach students the materials “Without making their already extended financial difficulties any more difficult.”

“Written textbooks, as rich as they may be, in some instances do not provide the ability for interaction or updating for real life application (that) you (would) get when using an open source,” said Steinberg.

Once the program is created, an outreach program would be extended to professors and people teaching the courses to make them aware of the available alternatives for their students.
According to Steinberg, the average student spends more than $1,000 a year on textbooks, making it a $1.8 billion industry for publishers. Despite the threat to their profit margin,

Steinberg insisted that “The state is not seeking to take over textbook publishing in any way, but we want to create competition process to bring down the cost and to enhance the quality of these materials.”

An exact date has not been set yet, but the pro Tem said the bills would first be heard by a committee some time in March. He said that he will push to get the bills through the legislature and signed into law.

“We anticipate that there will be oppositions from the publishers, but we are ready to make our case,” he said.

Public transportation could be an answer for some students

U-G-L-Y! Do Sactown’s men have an alibi?

A Big Deal in a Little Package