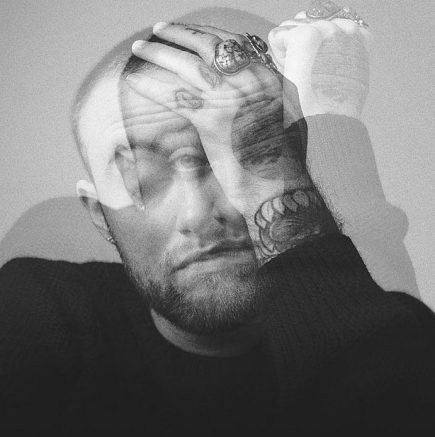 On Jan. 17, Grammy nominated hip-hop artist Mac Miller posthumously released his sixth and final album “Circles,” a sequel to his previous album “Swimming.” Miller named his albums this way in reference to the common expression “swimming in circles,” and both are supposed to portray how the rapper was happy with his progress in rehab from his drug addiction.

Miller died on Sept. 7, 2018 of an accidental drug overdose at the age of 26. Miller was sold oxycontin pills that were laced with fentanyl, which Miller mixed with alcohol. Cameron Pettit was charged with the sale of the counterfeit pills. Miller had released his fifth album “Swimming” a month earlier, which gave fans a look at how he had been handling his drug addiction.

Throughout the albums Miller refers to things such as “swimming through stressful waters to relief” and “there’s more waiting for me on the other side.”

I’d give this album a 9/10 due to how every song seemed to have a lot of thought put into them even if they aren’t all a number one hit.

“Circles” contains Miller’s trademark sound of slow but advanced musical composition followed by lyrics that reference MIller’s drug abuse. Miller creates his music by using instruments such as the piano, guitar, and synthetic rhythms as he raps over the chord progressions written by him.

Before the album’s release date, producers who were close to Miller released the single, “Good News,” which describes some of his thoughts while going through rehab and his mental issues at the time. Though not everybody suffers from depression, everybody has emotional issues we all deal with, which allows for listeners to connect on different levels with the single.

Though it’s only his sixth studio album, “Circles” reached No. 4 on the Billboard top 100, and the hit song, “Good News” hit No. 5 on Billboards R&B/Hip Hop charts as well.

Miller’s first song on the album was titled “Circles” and references the world’s decline along with his emotional obstacles calling to his addiction. This song opens up the album and most of the song focuses on the instruments instead of Miller’s voice.

Even though all the songs are well-constructed, the songs that stick out the most in this album are “Everybody” and “Blue World,” because of their catchy lyrics and elegantly constructed composition.

“Everybody” starts off slow and gradually picks up in lyrical tempo around a quarter through the song. The simplistic yet intriguing lyrics throughout the song have a slight resemblance to a young John Lennon, without copying his style. Miller explains in the song “Everybody’s gonna live, and everybody’s gonna die.” This line is a different way of showing that though certain things may matter in a singular moment, life should be looked at in a much broader lens and we need to prioritize things such as family and friends.

“Blue World” samples the Four Frenchmen in the beginning of the song, then quickly changes pace when Miller is introduced. I really enjoyed this song because it was a little different than some of his slower tempo material.

Miller had much more to give to this world because this album showed a lot of promise for what was to come. Though the selection of producers were never explicitly told to release the album, they knew he would have wanted the world to hear what he had to express.

As for the album, what stands out the most is how consistent the whole album is in terms of quality. Miller wanted to make something clear in this album; live your life as if you might lose everything tomorrow due to the lyrics he chose. This was by far his best work yet, and a posthumous masterpiece.

Dylan Lillie is a second semester communications major at American River College. This is his first semester on the Current. Lillie aspires to continue his education at the University of California, Santa Barbara and become a sports broadcaster or sports journalist.