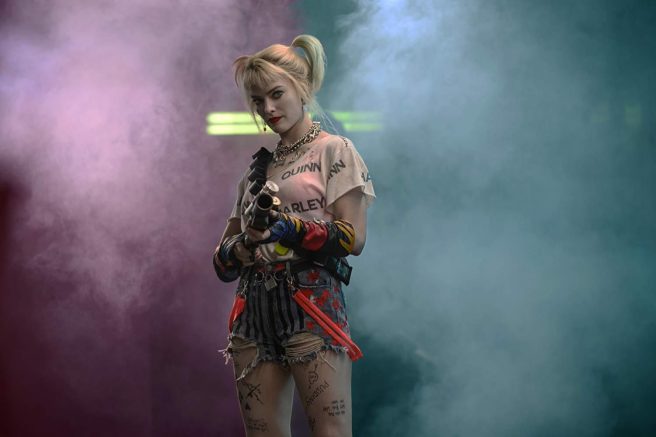 Nearly four years after the release of DC Extended Universe’s (DCEU) “Suicide Squad,” young filmmaker Cathy Yan takes one of the best elements of “Suicide Squad”—famed Batman rival Harley Quinn—and places her at the forefront of her own movie. On Feb. 8, “Birds of Prey (and the Fantabulous Emancipation of One Harley Quinn)” was released worldwide and Yan became the first Asian-American woman to direct a big-budget comic book film.

Despite underperforming at the box office after its opening weekend, pulling in just $81 million worldwide, “Birds of Prey” still operates as an entertaining action-comedy while possessing messages of female empowerment.

The plot follows Harley Quinn (played by Margot Robbie), who recently broke up with the Clown Prince of Gotham—the Joker—and as a result, has to find a way to protect herself from the rest of the city’s villains and crime lords now that the Joker is gone.

Along the way Harley gets involved with fellow anti-heroes Huntress, young pickpocketer Cassandra Cain, Black Canary and detective Renee Montoya as they join forces to stop Roman Sionis a.k.a. Black Mask from obtaining a sacred item from them.

As expected, the best part of the movie is undoubtedly Harley Quinn, as she gets the overwhelming majority of the screen time throughout. Robbie’s portrayal of Harley Quinn stays true to the source material, and will be the gold standard for future Harley Quinn performances on the big screen.

The action sequences and choreography are masterfully done and entertaining, because they are filmed with wide and lengthy takes, which causes the scene to seem realistic. These scenes also possess a colorful theme, with an extensive color palette for the characters in action as well as their creative weapons.

Like “Shazam,” which was released last year, “Birds of Prey” takes a more comedic approach to its material. This approach may be a result of DCEU attempting to change its formula to further match the success that the Marvel Cinematic Universe has in that area. However, the humor in this film feels natural instead of forced.

The primary antagonist of “Birds of Prey,” Roman Sionis (played by Ewan McGregor) is rather over the top, but for the tone of this film, McGregor’s cartoonish performance fits well without being insufferable.

Viewers who are fans of the comic-book source material may not be pleased that the full “Birds of Prey” team does not appear on screen until the final act of the movie. More than anything, “Birds of Prey” is predominantly a Harley Quinn movie.

But despite being a technically solid and entertaining film, “Birds of Prey” does not have much more to offer, as the plot lacks any real emotion or weight to entice the viewer. It’s simply a fun time at the movies, and sometimes, that is all that is necessary.

“Doctor Sleep” stands out well on its own, sidesteps traditional horror tropes

Former NBA player looks to help the next generation