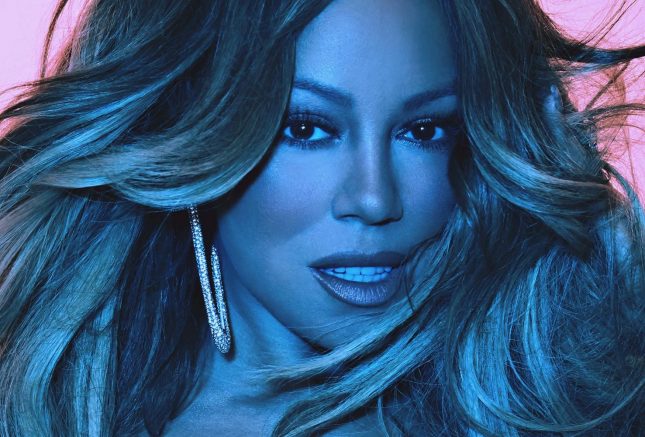 After teasing fans for months prior, singer and songwriter Mariah Carey finally released her 15th studio album, “Caution,” on Nov. 15. The 10-track album is a mix of pop, R&B, and hip-hop. Talented artists featured on the album include Ty Dolla $ign, Slick Rick, Blood Orange and Gunna.

The first listen of the album didn’t leave me impressed, honestly, because all songs sounded the same, but after listening two to three more times, I started to develop an overall liking of the album as a whole.

The first track, “GTFO,” was an automatic skip because it was pre-released on Sept. 13 and I had already heard it.

The songs that I fell in love with instantly and have added to my playlist are “With You,” “The Distance,” “A No No” and “Portrait.”

“With You” was the first official single released for the album, on Oct. 5. In this song Carey sings about a couple declaring their love for one another, with lyrics such as, “he had eyes that said ‘Girl I’ll save you.’ She had doubts, like they might not make it. So they both held tight to face it.”

This song is one of my favorites because Carey ends the last few seconds with her famous, powerful whistle notes, fading until the end of the song. If I were ranking the tracks, this one would definitely be number one.

My second favorite track, “The Distance,” features singer, rapper, songwriter, and record producer, Ty Dolla $ign. Ty Dolla $ign and Carey both sing about being deeply in love despite outside hate from other people, saying their relationship wouldn’t last and go ‘the distance.’

“A No No” is my third favorite because of its catchy chorus and snap-rhythm beat. This song is about being completely done with a past lover, even if they say sorry, “no, no, no, a no no!” The bridge samples Notorious B.I.G. rapping a verse from Lil’ Kim’s “Crush on You” remix.

The closing song of the album, “Portrait,” is very different from the rest of the songs, which is why it’s also one of my favorites. With soft piano notes playing beautifully in the background, Carey sings with emotion, “I won’t let the teardrops spill tonight. Just conceal myself and hide a portrait of my life.”

Overall, the success of “Caution” exceeded the public’s expectations and landed a number five spot on the Billboard 200 chart for the week of Dec. 1, according to Billboard.com.

Be the first to comment on "‘Caution:’ Carey’s new album fifth on Billboard 200"