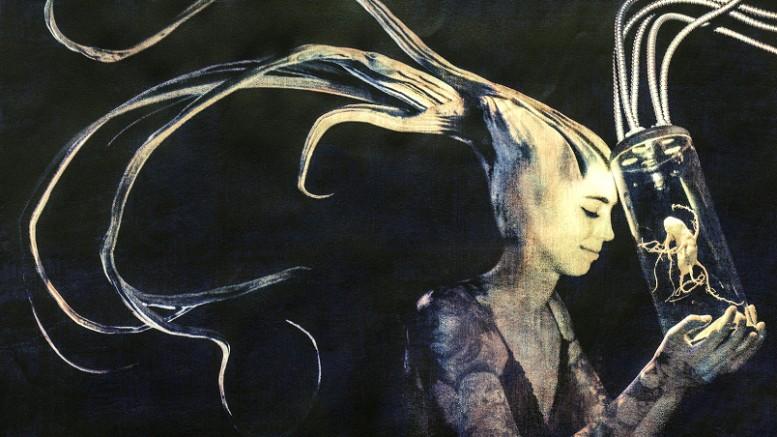 Dan Herrera, an adjunct professor at American River College, was the second speaker of the 2015 Art New Media Series. Herrera took his viewers through a narrative, a futuristic and nostalgic world in the Liberal Arts Building room 127 on April 23.

“His stuff was awesome,” said Henry Rullhausen an animation student. “I am not too familiar with photoshop, so watching him on video (demonstrating) and listening to him was cool. At first I had no idea what he was talking about, but as I listened I understood.”

By merging contemporary post-production techniques with the pictorial imagery and aesthetics of 19th century printing, Herrera is able to bring together the fascinating worlds of science fiction film narratives, within the scope of historically significant photographic printing methods.

Herrera created his images by constructing miniature sets that he made out of objects and various materials.

The final digital image is then set through a series of time consuming and laborious processes.

The color information from the digital file is broken apart into color-separated negatives.

Then he reassembles the image layer by layer using a combination of cyanotype and gum-bichromate printing.

Gum bichromate is a 19th Century photographic printing process based on the light sensitivity of dichromates. It is capable of rendering painterly images from photographic negatives.

Gum printing is traditionally a multi-layered printing process. Any color can be used for gum printing, so natural-color photographs are also possible by using this technique in layers.

For those that are not familiar with gum printing it is a way of making photographic reproductions without the use of silver halides.

The light-sensitive chemicals used in photographic film and paper are silver halides.

The process uses salts of dichromate in common with a number of other related processes such as sun printing.

Slowly, the once perfect digital image re materializes as an imperfect art piece. No two prints are identical, and each carries its own uniqueness.

Gum printing allows Herrera the ability to make gestural effects in the final steps of development that enrich the  distinctions between photographic realism and painterly illusion.

This printing process is a crucial step that visually  transforms the photographic object itself, leaving a chalk like painterly image somewhere between a painting and a photograph.

By merging contemporary post-production techniques with the pictorial imagery and aesthetics of 19th Century printing, Herrera is able to bring together the fascinating worlds of science fiction film narratives, within the scope of historically significant photographic printing methods.

When asked what advice he would give students he replied, “Number one, work everyday. Number two, step outside your comfort zone reaching out to people and getting your work seen. Number three, develop a thick skin in dealing with rejection and critique and number four, make more work.”

“I really liked the stuff he showed later,” said Todd. “I liked his miniatures and the techniques he used was very cool.”

Chalk It Up draws large crowd