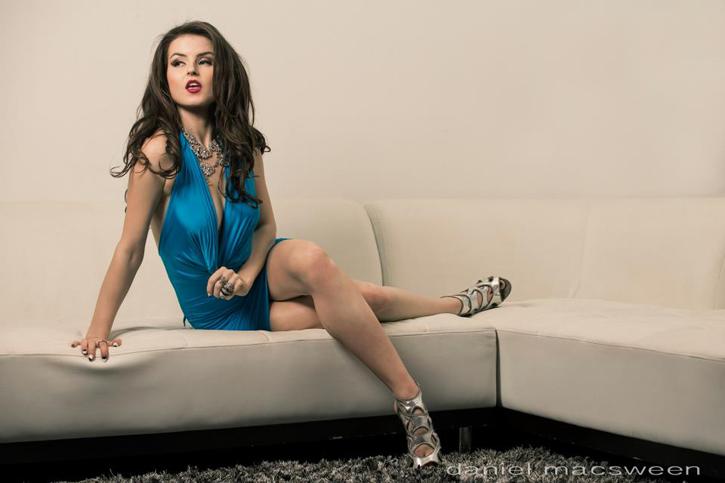 For many students, becoming a creature of habit is a necessary part of success.  Schedules must be kept and deadlines must be met. But for former ARC student Veronica LaVery, a little more diversity in experience was a more than welcome addition to the agenda.

Since enrolling at ARC roughly one year after emigrating from the Czech Republic, LaVery has relished in the opportunity to experience variety.

“Different languages and different cultures, it’s always [been] interesting to me,” LaVery said of her early experiences on campus. “I’m from a little mountain town with like 13,000 people where everyone is white. It was a culture shock.”

Though LaVery had her challenges getting acclimated to the lifestyle in Northern California, she has never been a stranger to unique cultures. Having studied anthropology at ARC, she has a deep appreciation for the histories of many different societies  She has enjoyed traveling for both work and pleasure since her childhood. In the month of May alone, her itinerary will include Hawaii and Mexico.

She speaks several languages, including German, Polish, Slavic and Czech, and even adopted the name “LaVery” at the start of her modeling career to pay homage to a unique family history.

“It’s still a family name,” she explains. “It’s my [grandfather’s] last name, but his parents never got married, now I have both [family names].”

In her limited free time, LaVery enjoys more truncated versions of such endeavors. She reads books in different languages to expand her knowledge of them and tries foods from different parts of the world. “I wish I could learn Spanish more easily, or Italian,” says.

LaVery’s mother, Veronika Poloprutska, describes her as “A girl of many faces.”

”Like all of her different pictures, she can do many things,” Poloprutska says. “Sometimes I see these things and I can’t believe it’s my daughter.”

With such expertise in language, and a cultured past, LaVery looks to continue her travels and expand her skill-set to film. In the past several months, she has landed staring roles in music videos for rapper T. Mills’ single “Vans On” and Czech Republic hip-hop star GuNY’s “Save Game.”

In just a few short years, LaVery has graced pages of VOUGE Italy, Playboy, and Maxim en Español. She is focused on improving her acting, including tailoring her many accents to fit specific roles.

“I need to have more movies under my belt by the end of the year,” LaVery says. “I don’t see myself doing [modeling] for much longer because it’s very repetitive, and I can do much more.”

Sacramento-based photographer Tim Engle, who uses LaVery as a subject in a photography class he teaches, envisions her in a “femme fatale” role.

“I think something along the lines of a Bond Girl,” says Sacramento-based photographer Engle says. “With her different languages, [she’s like] an international female vixen.”

LaVery’s pursuit of unique experiences has proved to be a transcendent aspect of her life. Prominent Sacramento photographer Keith Selle, who describes her as an ideal model, sees her mental approach as a catalyst for versatility.

“She’s very open minded,” he says. “[She] views things a bit differently, [and] will go along with [anything] as long as it’s creative.”

Parking enforcement more intricate than most may believe

Lovedeep and Bo: Mentor and mentee on the tennis court