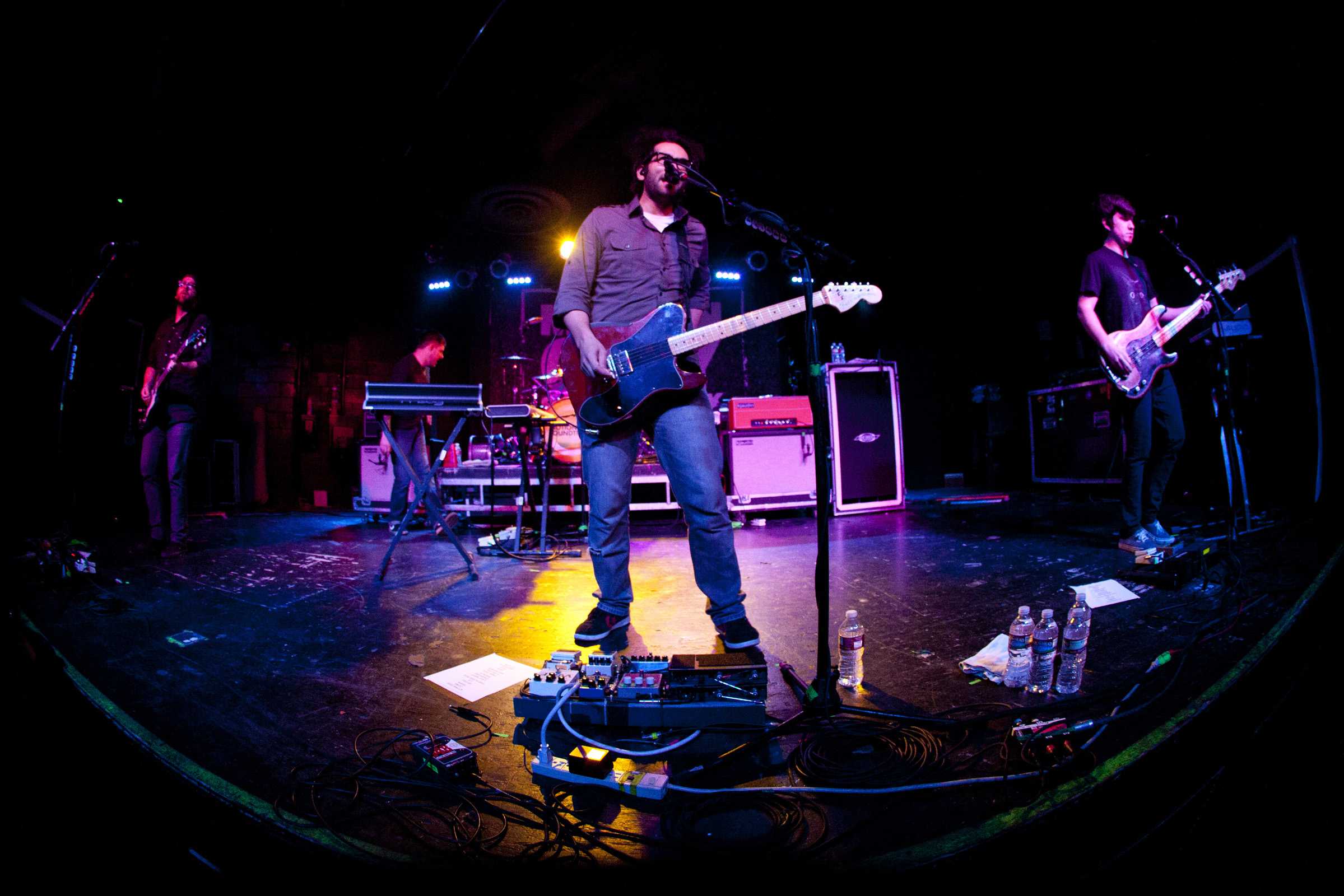 Ace of Spades was overrun by indie rock Tuesday as Motion City Soundtrack, Jukebox The Ghost and Now, Now took the stage and filled the local venue with enough energy to fill a few hundred cans of Red Bull.

Now, Now kicked things off with a couple of songs off of their new record “Threads,” including “Lucie Too,” “Wolf” and “Separate Rooms.” As they transitioned into older songs in their catalogue it became apparent how much they’ve grown as musicians. While the band got stronger reactions from the crowd with songs from their older albums, “Neighbors” and “Cars,” the complexity and energy of new tracks like “Prehistoric” made their set that much more exciting.

I hadn’t heard of Jukebox The Ghost before the show but their keyboardist’s intricate playing, theatric showmanship and expansive vocal range quickly made a fan of me. Even the band’s drummer made sure the audience took notice. Throughout the set he shifted between a handful of different shakers, maracas and bells, sometimes using them in place of a drumstick to catch his ride hits. All the while the guitarist wove in and out of the sticks and shakers raining down around him, continuing to hit every note. Their upbeat brand of piano-pop was a highlight of the bill.

Not to be outdone, Motion City Soundtrack came out immediately playing the fan favorite “Attractive Today” and a few other tracks from their album “Commit This To Memory.” In fact, the band used their time to not only promote songs from “Go,” their most recent album, but to rile up the crowd with the biggest songs from all of their records. They drew entire crowd sing-alongs out of songs like “The Future Freaks Me Out,” “A Life Less Ordinary (Need a Little Help),” and “Everything Is Alright.”

There were a few microphone malfunctions throughout the night during both Now, Now and Jukebox The Ghost’s sets, but those issues were quickly resolved and hardly noticeable. With only three bands on the bill each one got to play longer sets, lending to one great outcome: more time listening to music with less waiting around for everyone to set up and break down the stage. Overall, it was a fun show and each band is worth checking out.

In our heads – Alisha Kirby