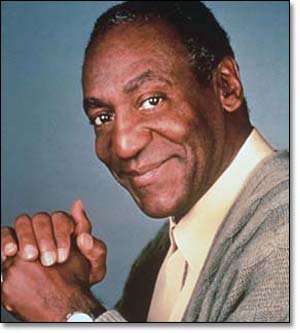 One of the greatest comedians of the last half-century, Dr. Bill Cosby, treated me and 4,904 other Sacramentans to what may be one of his final local comedy routines on Oct. 29.

The 74-year-old Cosby entered Sacramento’s Community Theater and sat down on a lounge chair to a raucous applause that he graciously accepted in his trademark stage demeanor.

Cosby, his face emotionless, peered out over the theater, silently taking in the adulation that would persist for well over a minute. The unaffected Cosby swiped a couple of tissues from a side table and gingerly blew his nose, thus quieting the crowd for perhaps the last time that evening.

Cosby’s routines have become legendary throughout his career and tonight’s was no exception. Cosby, entering the later years of his life, immediately addressed his paunch and old age by leaning back in his chair and exclaimed in his distinctive, nasally tone that “Hey! A lot of men look like me.”

Slowly leaning forward, Cosby covered his stomach and continued in a slightly more monotone voice, “Actually a lot of them look worse.”

For nearly two hours, Cosby captivated the audience with topics ranging from marriage and family to the biblical book of Genesis.

In the midst of divulging his secret to getting rid of one’s “adult children” from the household, a child began crying, causing Cosby to go into a silent shock.

“That is absolutely NOT what I was trying to say!” Cosby ranted as he searched the audience for the source of the interruption (his secret, by the way; “buy your kids a house”).

Speaking to an audience consisting largely of parents and grandparents, Cosby acknowledged his elder age saying, “When I die, I’m going out as a father and a husband.” Why you might ask? “Because that’s peaceful!”

The meat of Cosby’s routine centered on his take of Genesis, one of the many books that comprise the Bible; of which Cosby possesses many copies, including an “antique Bible.” “Antique Bible,” a stunned Cosby repeated shaking his head, “aren’t they all thousands of years old?”

Cosby acknowledged his personal faith then surmised that when agnostics finally reach the pearly gates “they should be able to get in,” but for the atheists, “There’s no wiggle room. You can’t just say ‘I was kidding. I believe! I believe!’”

It was at this point when Cosby pumped his right fist into the air for the first time this evening – an act he would repeat every time he would tell a joke that hit. And his jokes hit hard!

Narrowing in on man’s creation, Cosby stressed that “God created man in his—“ Cosby then drops his head and pauses, causing the audience to go absolutely wild, “I just wanted to give all the women a chance to get over it!”

Verbally completing the thought with “in his image” was unnecessary, as Cosby’s wry smile did it for him.

Rather than simply introducing Eve, Cosby riled the audience with his interpretation. “God said to Adam ‘you need a help mate.’ Help mate. Help. Help. HELP MATE! God didn’t say to Adam, ‘you need a boss.’”

Cosby used his variety routine to take subtle swipes at Mormonism (“If there are pages missing in the Bible, my wildest guess is that they’re in Utah.”), marriage (“If you really want to know your future, have the bride’s mother walk her down the aisle. That’ll tell you all you need to know!”), and grandchildren (“The only thing three grandchildren bring into your home is a new odor.”).

Cosby is understandably slowing down as he enters his twilight years. His brand of comedy, however, is given life anew every time he appears in front of an audience. And this evening was no exception.

Viar up for top position in Southern California

Trapt’s rock not enough to set you free